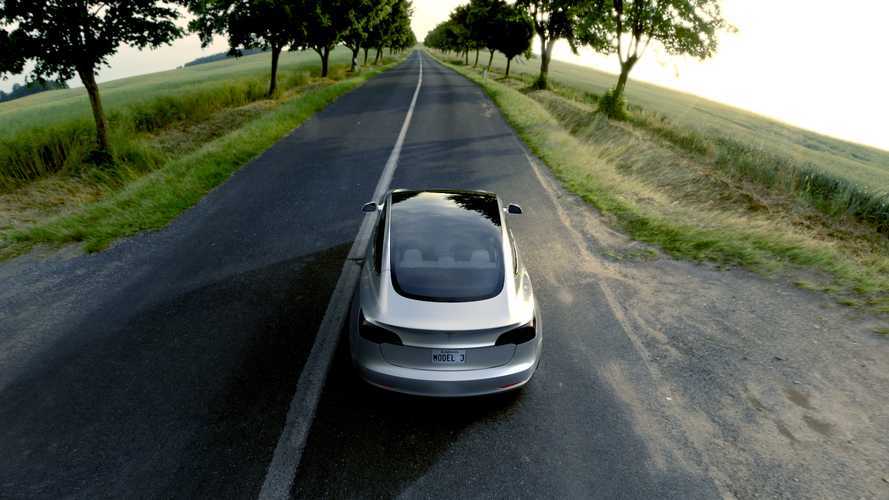 So, how will the upcoming Tesla Model 3 production ramp compare to its segment predecessor and only true competitor, the Chevrolet Bolt?

It's hard to compare production figures just yet, but now that the Model 3 is hitting its initial goal two weeks ahead of schedule, and we have some more realistic information from CEO Elon Musk, let's take a look.

Now, Musk says 30 in July, 100 in August (details), and some 1,500 or more in September. He ended by saying that Tesla may be able to reach 20,000 built per month in December, which may be the loftiest goal in his recent statements.

Anyhow, the Chevrolet Bolt's Orion plant, when combined with Sonic production has a max build capacity of about 90,000 vehicles per year via 1 shift  (per Reuters via Teslarati).  Of that, about a third is allocated/supplied to ultimately build the Bolt EV (as well as the Euro spec version - the Opel Ampera E).

Of note: The Sonic sold ~59,000 copies last year in North America, but the sales for the compact car has been diving hard (something GM is all to aware of), and so far in 2017 after 6 months, just ~14,000 have been moved)...so there is lots of spare capacity for the Bolt EV/Ampera E if needed, at least from a labor/"room on the line" prospective.

If Elon is right, Tesla will roughly match GM's average monthly sales output to date this September, before kicking things into high gear.

Demand for the Bolt obviously has not been as great as what is anticipated for the Model 3. Tesla has some 300,000-400,000 pre-orders to fill, and orders are still coming in. The Silicon Valley automaker better be planning to ramp up as aggressively as is possible.

Battery production is another key ingredient. Tesla has the advantage of being able to produce as many batteries as needed in-house at the Tesla Gigafactory. LG Chem supplies the Bolt's batteries, and plans to make about 30,000 this year. Musk believes that about 500,000 EV batteries will be produced in 2018.

Whether or not Tesla can make 500,000 total cars or battery packs in 2018, let alone 500,000 Model 3s, is beside the fact. Even if Tesla falls well short of its goals, eventually the orders must be filled. Tesla is compelled to produce all of these batteries and vehicles, and in the least amount of time possible. It's truly imminent unless the company folds or fails completely, which some skeptics still expect.

Bolt sales have been strong in comparison to past EVs and current competitors, but will demand remain strong? We still do not yet have a true feel for the demand level for the 238 mile Chevy, as nationwide deliveries don't show up on the books until mid-August.

Will GM be able to keep up with inventory if demand exceeds plans? It would seem the company is facing that exact situation in Europe tdoay, where only about ~5,000 of the 25-30k annual run had been ear-marked as Ampera-Es.  The automaker has definitely had issue with such in the past. Again, without a full nationwide rollout as of yet, it's difficult to speculate. In some areas of the US we are hearing of a plethora of Bolts, while in other areas (even those where roll-out has initiated) you can't get one.

While it may be safe to say that Tesla Model 3 sales will fairly quickly surpass ChevyBolt sales, and will eventually soar high above, there are still too many variables to make a fair prediction where the final chips will lie once the initial surge/demand for both EVs are filled, but it will surely be a sight to see.

What do you think? If today was the start of the year 2019, what do the Tesla Model 3 and Chevrolet Bolt EV sales splits look like?  Let us know in the comment section.