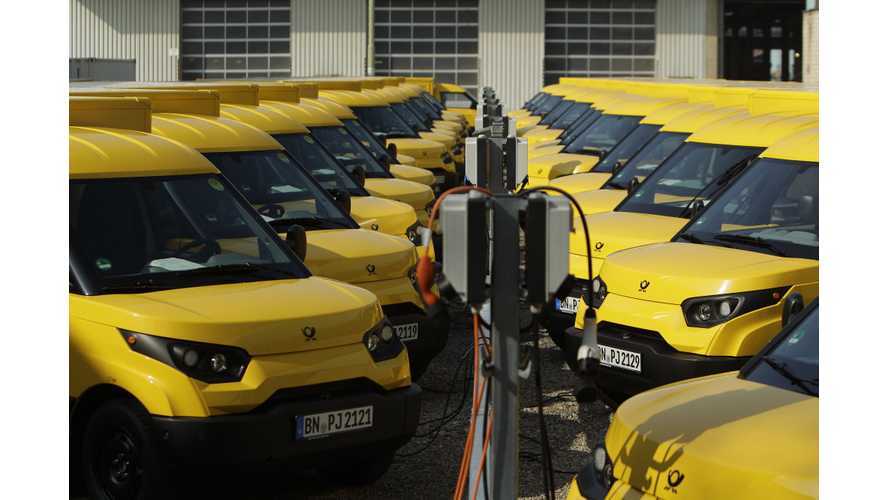 The German logistics group bought Streetscooter in 2014, initially launching new production at 2,000 units annually ... and upsetting Volkswagen along the way.

"Volkswagen Group CEO Matthias Mueller said he was "annoyed beyond measure" that the group did not talk to VW's commercial vehicles unit."

Part of the production will now be shifted to external fleet customers at a price of €32,000 ($34,000), which we believe will further upset Volkswagen (and maybe urge to offer some electric commercial VWs too).

Now comes word of a plan to launch a second assembly plant, and increase production capacity to 20,000 a year.  Apparently Deutsche Post DHL is in the car building business now!

"However, it has been considering whether to sell it to others and on Tuesday said it would seek another production site and double annual output to 20,000 vans by the end of the year. It plans to sell around half of this year's production to third-party customers."