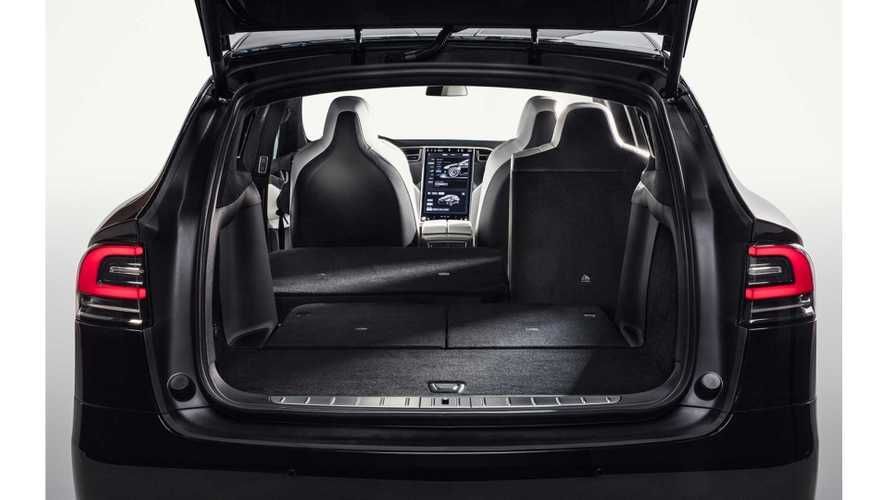 The 7-seat version of the Tesla Model X has finally become available with fold-flat second-row seats.

If you've been holding out on ordering a Model X until the arrival of the fold-flat-second-row, 7-seat version, then your wait is over.

"The new fold-flat seat design replaces Model X’s “floating” second-row monopost base with a more traditional sliding frame mount. Tesla’s gorgeous monopost design allowed each seat to adjust individually while also providing ample under-seat storage. But despite the advanced design, Model X received criticism by owners over its lack of fold-flat second-row seats. Because of this, Model X had arguably less useable cargo space relative to the Model S trunk with back seats folded down."

The fold-flat-second-row setup was previously offered only on the 5-seat version of the Model X. The 6-seater still doesn't get second row second that can fold flat.

According to Tesla's site, the fold-flat-second-row seating is a $3,000 option.

“Maximize passenger and cargo capacity with seating for seven adults. Second and third row seats can fold flat when not in use, creating extra interior cargo space."

With both rows of rear seating folded down, the Model X has 88.0 ft³ of claimed cargo capacity. That's best-in-class, according to Tesla.