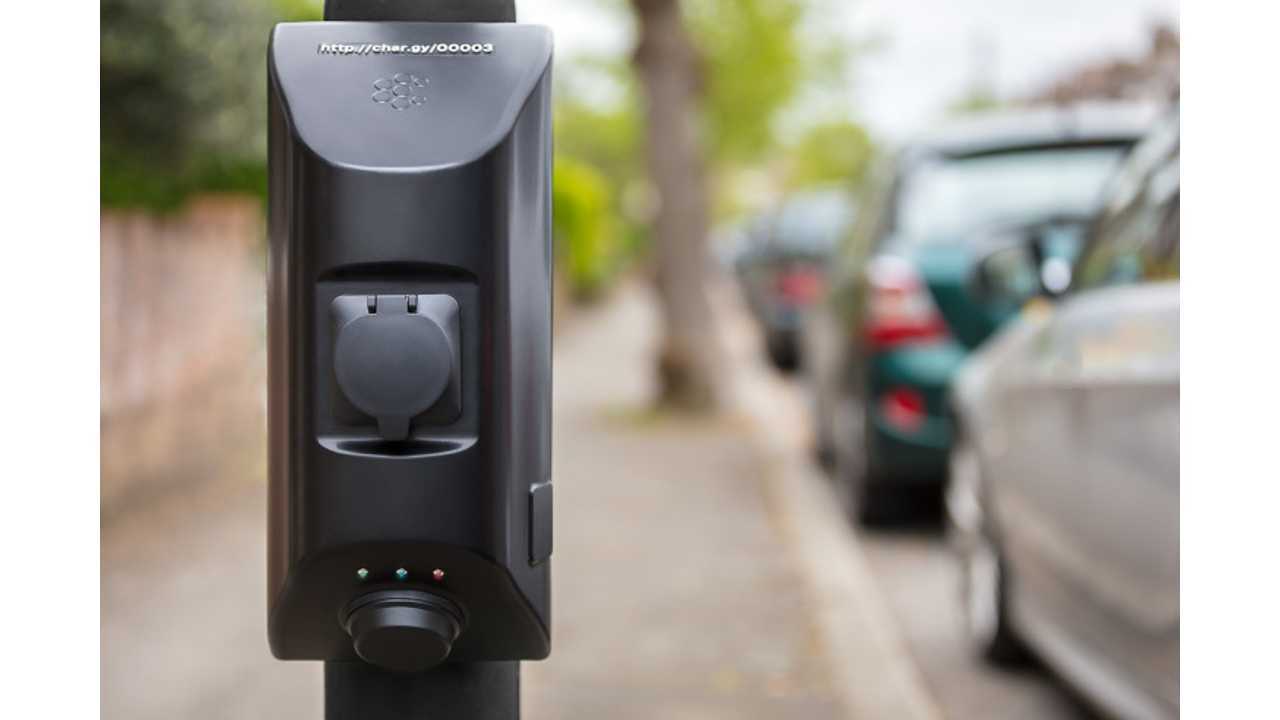 We've seen lamp post charging before, but this may be the first time a major European city is being used as a test bed for street traffic sign charging.

Char.gy wants to do just that - bring curbside charging to London in the form of low-power, street light-mounted charging stations.

“Seventy-two percent of drivers in London don’t have off-street parking. If you want an electric car, not being able to charge at home is a major disincentive.”

Similar circumstances exist in major cities around the world.

"If you have a garage with a power socket, an electric car makes an awful lot of sense. If you park on the street, however, the infrastructural challenge of keeping your electron-powered vehicle topped up becomes complicated enough that perhaps sticking to driving on squished dinosaurs makes sense for a while longer. Until Char.gy comes along, that is."

“People want to charge their cars while they are doing something else, preferably when they are parked at home and asleep in their beds."

But if you park on the street, charging while asleep isn't always possible. That's where these street light chargers come in.

As of right now, it's just a pilot project with the first operational units coming this summer. The big question on everyone's mind is likely what will it cost? Stobart explains:

“Our vision is that there will be several lampposts near your home with a charge-point that you can park near to charge overnight. We are developing a platform to manage the charging too, using a business model not dissimilar from mobile phone contracts. Users pay a monthly fee for access to the charge points and a free allocation of charge.”

“We are trying to create a win-win solution for everyone, not least local government. We are making it seamless and effectively free for the councils and solving the problem of half of all public charge points being out of service.”

Sounds viable, but time will tell.