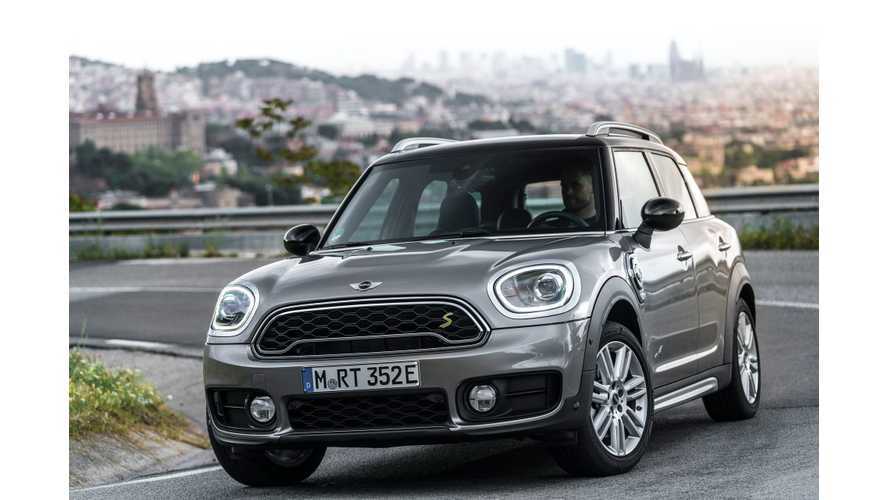 The Tesla Model S took the overall sales lead in June, but for possibly the first time it was overshadowed by another EV - the Tesla Model 3, which arrives on July 28th

It's a good time to be in the plug-in vehicle business, as EV sales rose for the 21st consecutive month* in the United States in June...and once again, the gains were fairly significant.

With that said, many in the EV world were looking past June's results, as Tesla announced that the Model 3 would be arriving this month, at a launch party on July 28th, where the first 30 copies would be delivered.

And while the 30 Model 3 deliveries planned for July won't move the sales needle more than a rounding error, Elon Musk tweeted he expected up to 1,500 sold in September, and about 20,000 more to be built in December alone...so the "Model 3 bump" is definitely en route.

Add in the second half addition of the new 2018 Nissan LEAF, deeper Toyota Prius Prime inventory and the Chevrolet Bolt EV rolling out nationally in mid-August, and H2 2017 results will certainly dwarf the almost 90,000 plug-ins sold over the first 6 months.

Getting back to June's results, Tesla once again took the overall sales lead (thanks to June being the third month of the fiscal quarter), and we estimate just enough Model S sedans were sold to reclaim the overall top selling plug-in spot from the Chevrolet Volt during the month.

With that said, next month (July) has always been a strong month for Volt sales (not so much for the Model S), so the 53 mile, extended range Chevy should have no trouble taking back the pole position as America's most bought plug-in, at least for the next couple months.

The wider question is if either the Model S or Volt can hold off the Prius Prime, once Toyota catches its breath on Japanese production of the PHV, and turns its attention to filling runaway demand for the car in the US.

Deeper inventory of the Chevrolet Bolt EV in June, also meant a new 2017/all-time high for the 238 mile EV, with over 1,600 sales during the month.

The MINI Cooper S E Countryman ALL4 Plug-In Hybrid ... or MCSECA4PHEV for short (?) arrived in the US on June 24th

Also of note:  Arriving exactly as announced and on time (June 24th), the MINI Cooper S E Countryman ALL4 Plug-In Hybrid (details) became the 36th mass produced, plug-in vehicle to log a sale in the US this year.   How will it ultimately sell? Fairly well we suspect (200-300 copies per month potentially) - provided it is stocked appropriately by BMW across the country.

With the addition of the MINI PHV (see what we did there?), the BMW Group now has 7 unique plug-in offerings on the US market, and finished as the #3 volume producer in June for the first time.

Other Statistical Points of Interest from June 2017