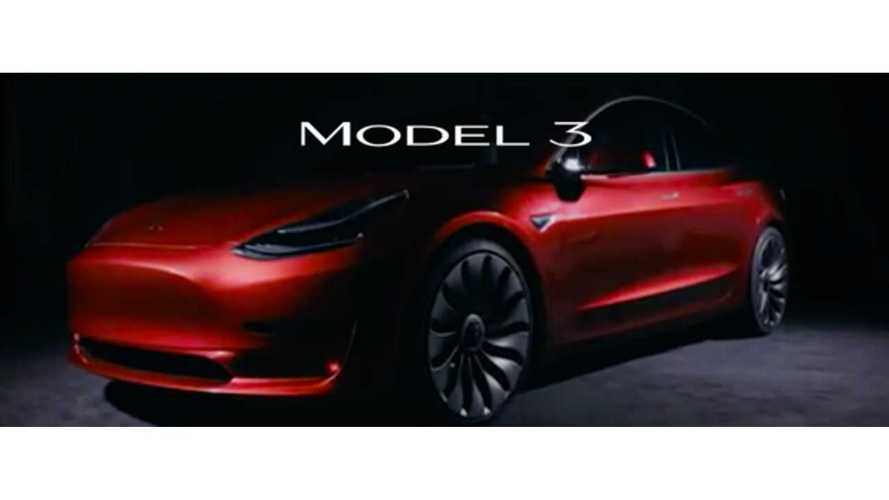 The Tesla Model 3 has long been promised to arrive starting in July.

But as the calendar flipped to the month the car was to be delivered, and there was still zero information from Tesla on the actual release date of the EV (let alone the pricing or specs), some of the ~400,000 reservists were starting to get a little nervous - taking to Twitter to ask CEO Elon Musk 'what was up?' and 'when would the Model 3 officially be released'.

The CEO's only reply was "News on Sunday":

And here we are, it's Sunday (just barely, as the Tesla boss loves to late-night Tweet) and we finally have the "news" on the Tesla Model 3, specifically that production car #001 should be completed on Friday, July 7th, as all the reg requirements are out of the way a couple weeks early!

"Model 3 passed all regulatory requirements for production two weeks ahead of schedule. Expecting to complete SN1 on Friday"

With that said, the Tesla CEO's estimate of 100 deliveries in August and 1,500 in September might be below the expectations of some of more ambitious forecasters out there (but just about in line with InsideEVs' expectation for 25,000-35,000 odd deliveries in 2017 of the Model 3 when the production targets were first announced in February).

Handover party for first 30 customer Model 3's on the 28th! Production grows exponentially, so Aug should be 100 cars and Sept above 1500.

One assumes these 30 cars will be for 'friends' and employees of Tesla/SpaceX, along with the bulk of Model 3s delivered in August and September.  We reckon true public/retail deliveries won't happen until October; which is why the online Design Studio and pricing have still yet to be revealed.

As for longer term production, in December Elon Musk sees 20,000 being built.

This 20k unit production for December, and the roll-out of production in July is basically bang on to Musk's estimate during Tesla's Q4 report last February:

Who will be in line to get VIN 0001?  Will there be a big party event? I guess we will need to stay tuned!