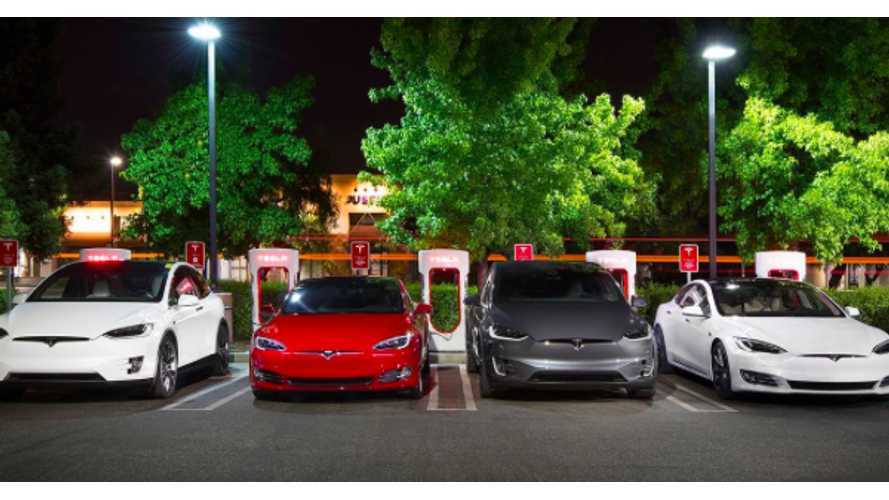 There’s a saying in stock market circles that the bursting of a bubble is imminent when the last of the bears gives up and joins the bulls.

We don’t think that’s the case for Tesla just yet (we say, as the stock powers through its all-time high and cracks the $300 mark) - there are still some bears out there. But there’s no question that a lot of market pundits have been belatedly climbing on the electric bandwagon over the last few weeks. Now Victor Dergunov has written in Seeking Alpha, usually a platform for Tesla skeptics, that TSLA stock could plausibly reach $1,000 in 2020, and that the California carmaker could be a trillion-dollar company by 2030.

Most of the bearish arguments rely on one of two scenarios: (1) Tesla won’t be able to reach its goals for production of Model 3; or (2) once consumers really start buying EVs, the legacy automakers will bury Tesla with their vast capital and economies of scale. Mr. Dergunov dismisses both of these canards:

“There is no justifiable reason to doubt Tesla’s production capabilities or demand for future and existing products,” he writes.

“The company has had several minor issues in the past with bringing enough cars to market to meet demand due to a shortage in lithium-ion batteries,” writes Dergunov. “However, Tesla chose to alleviate this problem by producing its own batteries at its new . Naturally, there are other elements not related to batteries that could hold up production...however...investors have no justifiable reason to doubt Tesla’s 2018 projections, as everything substantial Elon Musk promised in the past has come to fruition.”

That’s a very different song from the one sung in bearville, where it’s an article of faith that Tesla has “missed every deadline.” Of course, what the bears have never explained is why that’s so important. With Models S and X continuing to sell briskly and Model 3 more or less on schedule, it’s plain that the delays and SNAFUs of the past, however embarrassing they were at the time, haven’t done the company any long-term harm.

Dergunov dismisses those who are still skeptical regarding Model 3 demand, saying, “Whether people like it or not, internal combustion engines are the proverbial past and electric Tesla technology is the future. CD players gave way to iPods, Blockbuster gave way to Netflix, brick-and-mortar retailers are giving way to Amazon... and ultimately, internal combustion engines will give way to newer, better, more efficient EV technologies.”

Unlike so many other pundits, Dergunov has also grasped the fact that Tesla is now more than an automaker.

“At its core,” he writes, “it is a technology company that happens to produce cars.” He also understands how far ahead of any potential competition Tesla is on all fronts: performance, autonomy, infrastructure and yes, price: the Model S P100D is the fastest accelerating production car on the market and the safest car ever tested, and it starts at “a fraction of the price of a performance luxury vehicle.”

“The company offers affluent consumers a product that is years beyond anything the competition has to offer. There are no other 100% electric vehicles on the market that offer anything close to Tesla in terms of a combination of performance, capability and practicality... the competitive advantages Tesla has in the EV market are enormous.”

Dergunov next does some math, most of which I will spare you, dear reader. Based on past production and a survey of analysts’ predictions, he forecasts that Tesla will produce a total of 845,000 vehicles in 2020, a bit short of the company’s own projection of one million. That will give it a mere 1% of the automobile market, but the potential for further growth will be “staggering.” Tesla is “taking market share from other companies in the luxury car segment,” Dergunov writes, “and the Model 3 will do the same, only in the mass market. will likely continue to capture market share, and by 2030, should attain a leading position in the market with around 7 million vehicles and revenues of around $315 billion.” This is within striking distance of the 10 million vehicles that a GM, a Toyota or a Volkswagen produces.

Naturally, this view of the future depends on most of the cards falling Tesla’s way. It assumes that the exponential growth of the company will proceed more or less smoothly, and that the Dinosaurs of Detroit will continue to drag their feet on electrification. But if you concede those points, then what we have here is a plausible path to a scenario that just a couple of years ago would have seemed inconceivable: that the mighty auto companies could eventually fall, done in by a more nimble competitor, just as former giants in other industries were overwhelmed by the internet.

“This analysis indicates that a $1,000 price target for Tesla stock in 2020-2021 is not only extremely fair, but appears highly attainable,” Dergunov concludes.