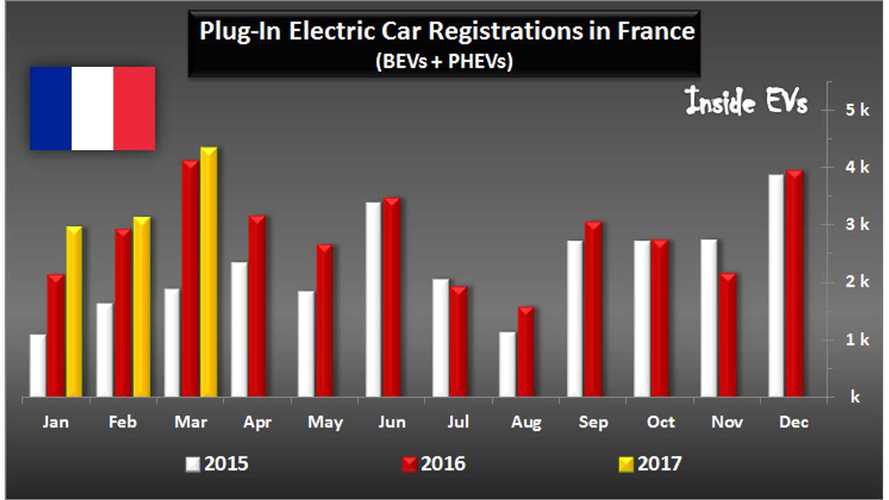 France has set a new all-time record for electric car sales in March.

As per the norm (thanks to the dominant influence of Renault), all-electric vehicles made up the bulk of the sales.

Especially encouraging for France, is that BEVs are setting new records, mostly due to the longer-range Renault ZOE Z.E. 40 (with ~300 km/186 miles of real-world range), which now accounts for 69% of passenger BEV sales.

In March, Renault managed to deliver record 1,980 ZOEs (up 45%) plus another 44 registered as commercial vehicles, to push the EV past the 2,000 mark overall.

The ageless Nissan LEAF noted 311 to finish in a distant second, while the BMW i3 (with REx) at 159 sales, the Peugeot iOn with 143 sales, rounded out the top 4.