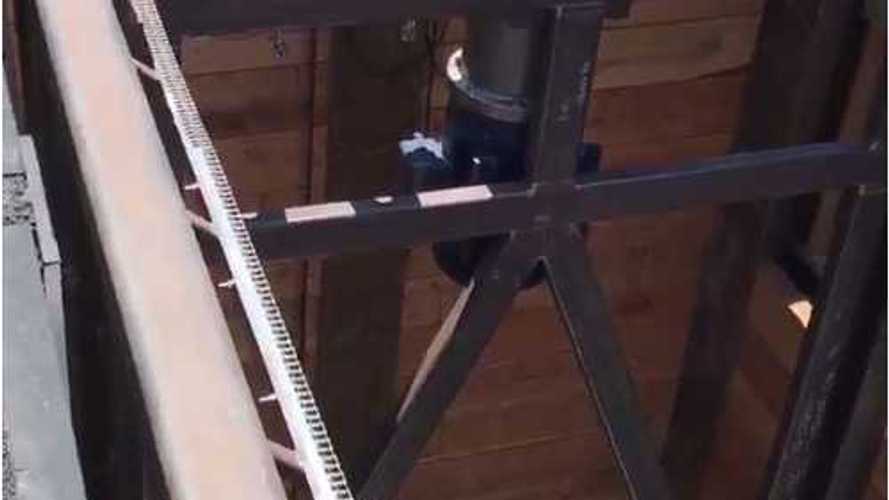 The Boring Company: Heading down below in a Tesla Model S!

The Boring Company's elevator could be fully operational within a week.

Tesla CEO Elon Musk is certainly not wasting any time with his Boring Company concept. Just the other day, he Tweeted that an initial test segment of a tunnel was completed. Now, Musk has shared a video of the finished skeleton for the first car-transport elevator.

Just installed steel skeleton of the car/pod elevator. Should be operating next week. pic.twitter.com/DIZW7zuWaA

The elevator is just one of many that The Boring Company plans to build to transport vehicles to underground tunnels. This same type of boring and underground infrastructure system will become part of Musk's plans for his human civilizations on Mars.

In the original Boring Company teaser video, Musk shows electric cars, and multi-passenger transport "sleds" heading down to the tunnels. No one is certain if this concept will make it that far, but regardless, tunneling is underway, and the elevators are being constructed.

Musk previously Tweeted that The Boring Company is "no longer waiting for Godot". He affectionately and humorously named the first boring machine, Godot, after the Samuel Beckett stage play. Musk also added a Tweet with some video footage of where the tunnel leads.

Across the road and below the ground pic.twitter.com/E2DG8EzaXg

Musk plans to build an entire network of tunnels underneath LA and other cities. The first digging began in Hawthorne, CA in the parking lot of the SpaceX headquarters. Permits were then secured for Los Angeles. According to Teslarati, the first tunnel, which Musk was referring to in the recent Tweet, will span from Los Angeles International Airport to Culver City.