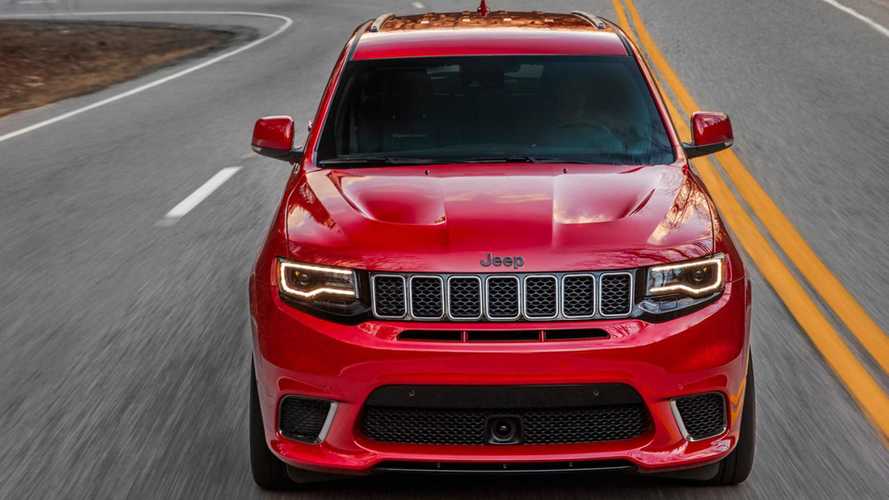 According to Jeep, when touting the 2018 Jeep Grand Cherokee Trackhawk as the the world's quickest SUV, the Tesla Model X doesn't count.

The Tesla Model X will hit 60 mph well over a half-second sooner than the Jeep. But unfortunately it's not an SUV.

Jeep officially revealed its best performer to date in the 2018 Jeep Grand Cherokee Trackhawk. The company calls it:

“The quickest and most powerful production SUV on the planet”.

This is due to the Trackhawk's 707-horsepower 6.2-liter V8 engine with 650 pound feet of torque. Yes, it's the same one found in the Dodge Charger and Dodge Challenger SRT Hellcat models. It can take the Jeep from zero to 60 in a mere 3.5 seconds.

Prior to the arrival of the Trackhawk, we had to look to the Porsche Cayenne Turbo S (which is about triple the price of the upcoming Jeep), or the $400,000+ Bentley Bentayga, with its 6.0-liter W12, to get acceleration stats even close to this. But wait ... what about the Tesla Model X?

The Tesla Model X P100D with the new Ludicrous Mode Easter Egg can pull off a zero to 60 mph sprint in 2.8 seconds. This means that the new Trackhawk is not even in the same ballpark with the world's quickest SUV.

But alas ... according to the 2016 Ward's UV segmentation, the Model X is a Middle Luxury CUV (Cross Utility Vehicle). Hmm ... according to the EPA, crossovers don't even officially exist, and all four vehicles mentioned in this article qualify as "Regular SUVs." The Insurance Institute for Highway Safety doesn't classify crossovers separate from SUVs either. These four vehicles are all midsize or midsize luxury SUVs if you ask them. The NHTSA also uses SUV for all vehicles of this type, and doesn't classify anything as a crossover.

It is true, Jeep is arguing that the Tesla Model X doesn't count in the race for the world's quickest SUV, because it's not an SUV. Now while Ward's is one of the most respected and reputable companies in automotive, we all know that both vehicles are generally classified together. Jeep turned to Ward's because it is one of the only well-known references that classifies this way. Ward's does this as an additional piece of assistance for buyers, to further break down larger classifications to help with clarity. Regardless, (and we bet Wards would agree) these vehicles are midsize SUVs, or midsize crossovers. The Model X weighs more and seats more, but for practical purposes, the two are the same. Different but the same, of course.

We were unable to find any articles in which Porsche or Bentley throw flame to the Model X, saying that it doesn't, in fact, accelerate faster than their vehicles, because it's a crossover. Actually, Porsche is instead upping the ante with its upcoming Cayenne S E-Hybrid, which will likely rob the Trackhawk of its fake status, but still not overtake the Model X.

Motoring asked Jeep why the Tesla Model X is not a "proper SUV." Jeep responded:

“The Tesla Model X is a different class vehicle.We use the 2016 Ward’s UV segmentation data that classifies Jeep Grand Cherokee as a Middle SUV (Sport Utility Vehicle), while the Tesla X is a Middle Luxury CUV (Cross Utility Vehicle).”

It seems like a very unfair cop out. No matter which data they use, the Model X is significantly quicker. It's simply a workaround for false advertising. Good save Jeep...not!