It looks more like a Tesla than the original Roadster.

Yet this next-gen version isn't even an official render from the automaker.

Tesla CEO Elon Musk confirmed some months back that the next-generation Tesla Roadster is coming, but it's still a few years away. 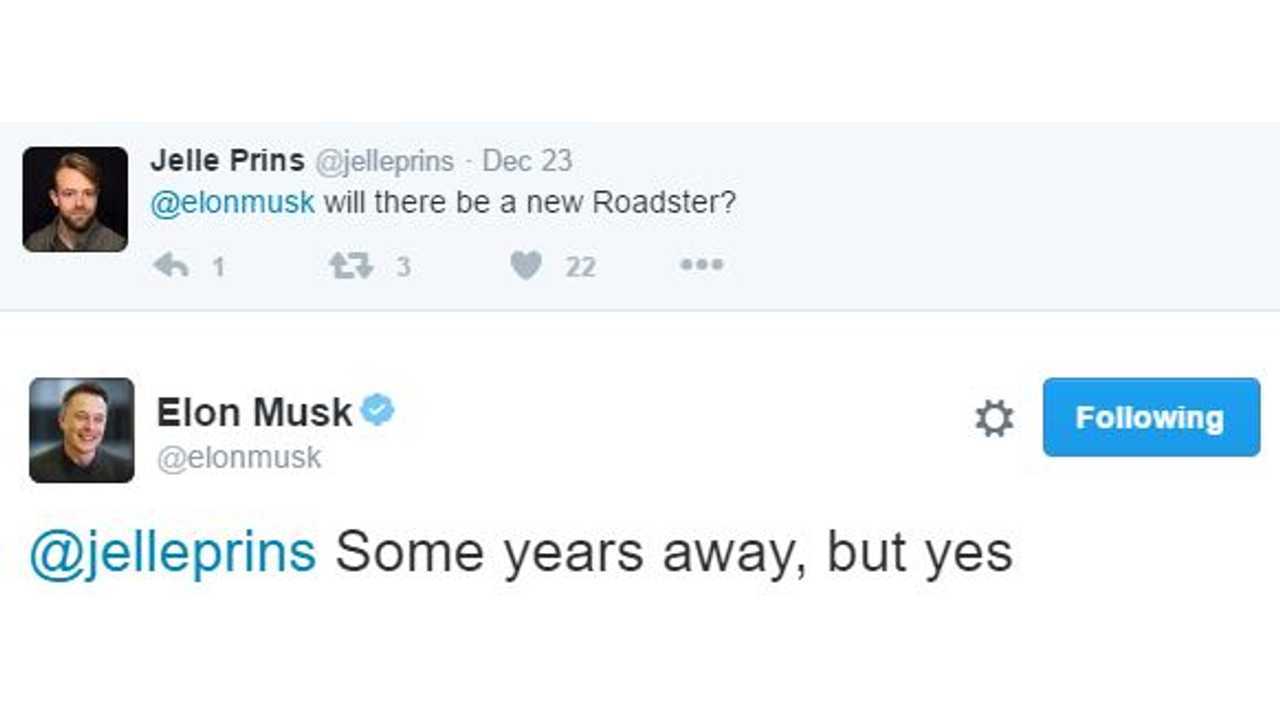 Musk Tweets Of Next-Gen Roadster Some 4 Months Ago

Now, via renderer Jan Preisert, we get a glimpse at what the next-generation Tesla Roadster could look like.

Immediately obvious from the render (unfortunately, Preisert offers up just this lone front/side image) is that the Roadster makes use of a Falcon Door setup similar to the Tesla Model X. Other points of interest include the almost-trademark Tesla front end and a rather sculpted side detail.

Preisert refers to his render as a 2019 Tesla Roadster P100D. That's optimistic in a few regards. First, we don't expect to see the next-generation Roadster until 2020 at the earliest. Second, it's very unlikely a 100-kWh battery pack will fit in the small package that is the Roadster. This is reinforced by the statement by Musk saying that a Model 3 can't fit a pack over 75-kWh.

Preisert states in the video description:

"In 2006 tesla revealed the first high range electric sportscar, its time for version 2.0 / the fastest, lightest and coolest tesla model so far as musk stated. key features are the electric butterfly doors inspired by w motors lykan hypersport, equipped with the p100d from the model s, this super sportscar drives straight into the clean future of fast mobility."

Check out the time-lapse render video below:

But does it go Maximum Plaid? And if it does, will it get a plaid paint job as confirmed by Elon Musk in the past?