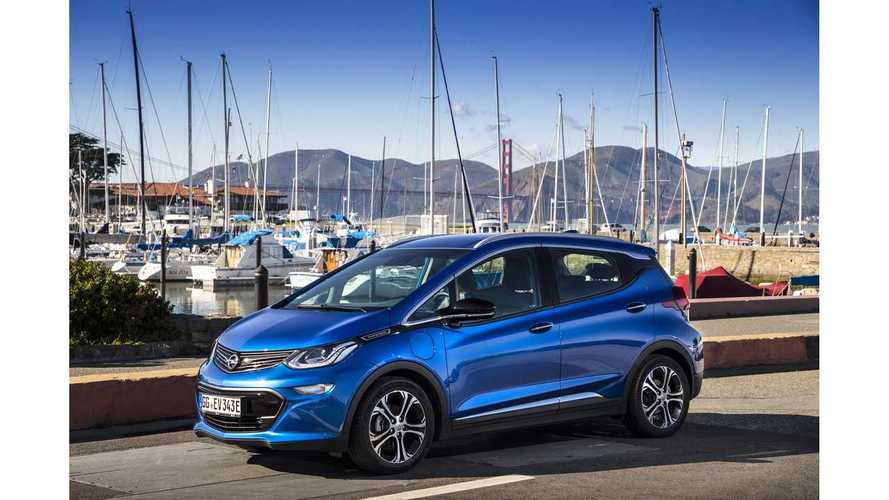 Although first deliveries of Opel Ampera-e in Norway are officially scheduled for May, the first units have already appeared in registration stats.

On April 6, the first 10 Ampera-e (lightly re-worked Chevy Bolt EVs) were noted by ItAnywhere.no (via PushEVs).

Current records show all 13 units were logged in Jessheim, Norway...and even more curious - all in blue (the red one is pretty nice too by the way).

Update (April 10th):  As spotted by InsideEVs reader Alok, there have also been some 68 registrations in Germany for the Ampera-E logged so far in 2017 (via KBA data)...so it appears the EV will be reaching many countries early in Europe.

It seems that Opel is now gearing up fast for test and demo rides throughout Europe prior to the mass arrival of the 238 mile/383 km EV in a few weeks time.