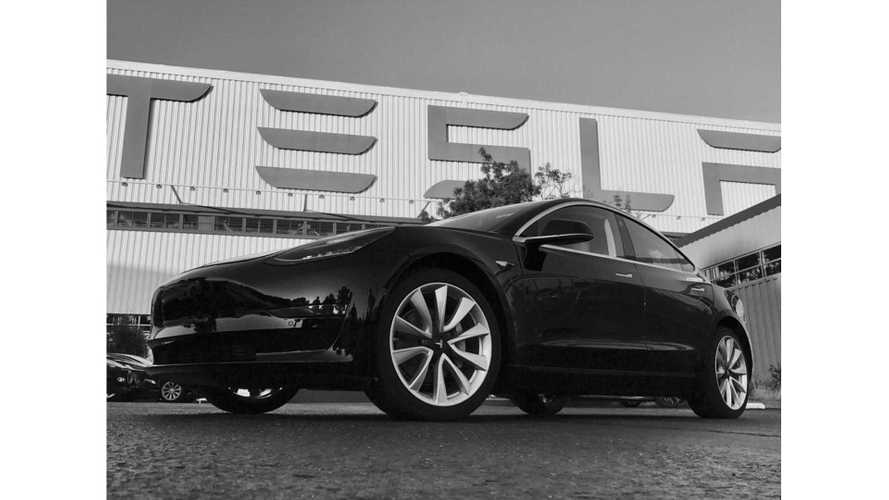 A German analyst told Forbes that traditional automakers' attempts to save money and cut costs, while Tesla is spending heavily toward the future, will give Tesla a "near-monopolistic opportunity" to gain market share.

Alexander Haissl of Hamburg, Germany-based Berenberg Bank, reported on Tesla and its closest 'would-be' rivals. He believes that none stand a chance, however, Daimler is furthest ahead, followed by Volkswagen Group. BMW appears indecisive as of late, and Ford and FCA don't fare well. Even, General Motors, with its Tesla Model 3-competing Chevrolet Bolt, doesn't really have its head in the game. Haissl wrote:

Despite GM's release of the all-electric Chevrolet Bolt ahead of the Tesla Model 3, Haissl discounts the automaker as a threat to Tesla in the future EV market.

“ complacency about electric vehicle (EV) technology is worse than perceived. Despite more talk of developing EVs for mass-market adoption, a lack of real action and strategic commitments betray their underlying conviction, with no clear pathway to high-volume EV production before the mid-2020s."

“Tesla will be given a near-monopolistic opportunity to gain market share and outcompete the incumbent automotive industry."

“To contrast Tesla with even the most forward looking (manufacturers), we estimate Tesla will invest $32.7 billion over the next 5 years – roughly 40% more than Daimler and Volkswagen combined have committed for their EV projects."

Haissl reminded that Tesla also has a substantial advantage in the EV battery market, due to its Gigafactory. This is not something that legacy automakers can make up overnight. Haissl continued:

“Tesla/Panasonic continue to exhibit a clear advantage on cell and pack technology compared to all peers, on chemistry, cooling and cost. Clear visibility about high-volume cell-sourcing strategies continue to elude traditional manufacturers, although we expect announcements for large facilities to eventually emerge to resolve the key issue of battery supply constraints."

Despite Haissl's sensible analysis, others don't support this situation. Tesla has undergone years of scrutiny due to its heavy spending, lack of large-scale production, seemingly overrated market cap, and disruptive ideas and practices.

The Center of Automotive Management in Bergisch Gladbach, Germany believes that battery shortages could initially hinder competing German automakers, but they will catch up. Likewise, The Center for Automotive Research at the University of Duisburg-Essen warns that Tesla should watch out for German competitors.

Tesla certainly has the name cachet and the early mover advantage to have a "near monopolistic" advantage in some future segments of the EV market, but not the whole in our opinion

“More drastic measures to create shareholder value may need to be considered – including, for example, spinning out their EV divisions to better focus on technology development and improve capital allocation. However, this would first require a transition to dedicated production lines rather than integrated production."

For our money, we well can believe Tesla could have a "near-monopolistic" holding on a segment of the EV auto market (as it does already in the premium/luxury segment)...but not the largest, or the entire market by any means.

Why?  It is pretty simple, Tesla has already stated that the upcoming Model 3 is as "low" as the automaker wants to go down the affordability food chain, and with an estimated average selling price of $42,000 (as per CEO Elon Musk), that is a price higher than 90%+ of the cars on the road today.

Put another way, a Tesla is never going to lease for $49/month like the Fiat 500e occasionally does in California.

And the number of these "low end lease deals" is only gaining in volume (check out Charge!!!/EV-VIN's pretty awesome listing of current deals here), while at the same time, the EVs themselves are improving - we are already starting to see the Chevrolet Bolt EV lease in the upper $200s/month.  No matter how much someone wants a Tesla, if they have a maximum budget of $250 a month for a new EV, they aren't getting one.