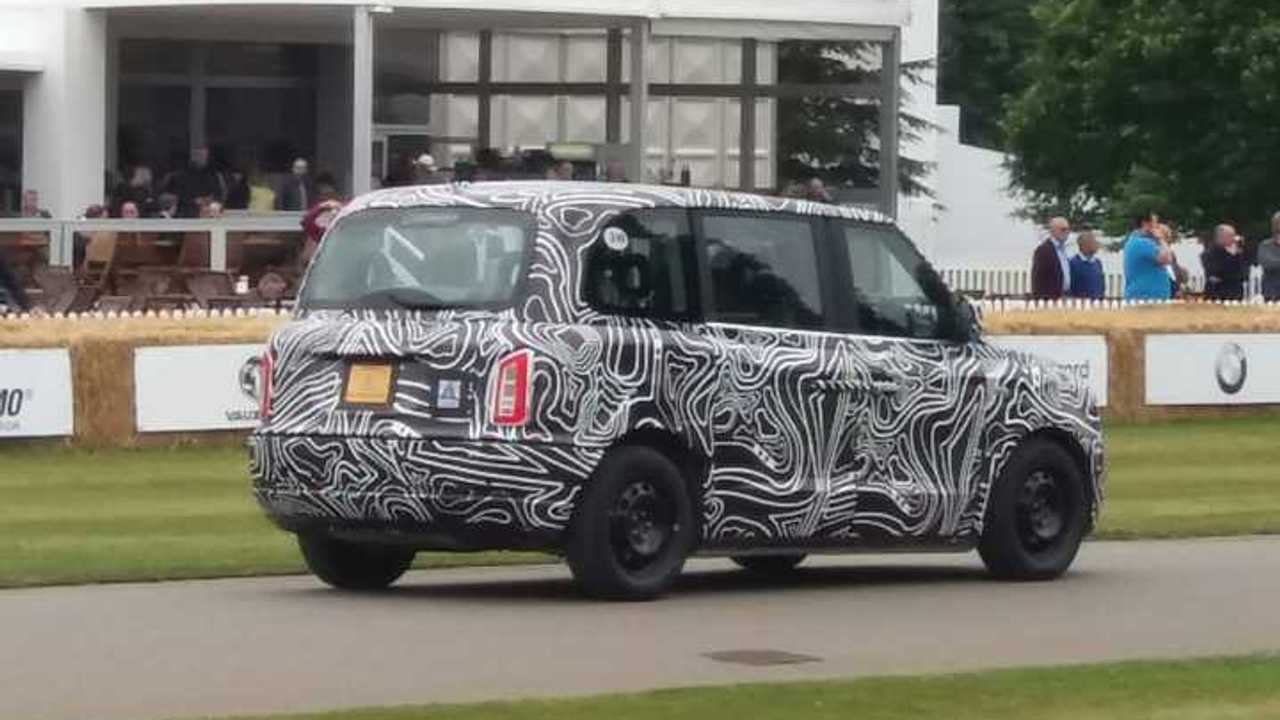 An electric taxi prototype, made by the London Taxi Company, was the first taxi ever to drive at the 2017 Goodwood Festival of Speed...and of course, it's electric!

LTC recently tested the plug-in extended range electric taxi in the extreme desert heat of Arizona (as well as in Arctic Circle earlier this year).

More tests in humid conditions and mountainous regions are planned prior to the beginning of production, currently pegged for the fourth quarter of this year.

"Our new taxi is being developed with two key engineering principles – quality and endurance – to meet the needs of the demanding taxi duty cycle. We are now nearing the end of our development programme and will soon commit the product to series production at our all-new manufacturing facility in Ansty, near Coventry.”

Geely, the Chinese owner of the London Taxi Company (and Volvo), thanks to comprehensive tests around the world, in theory will now be able to sell the taxis globally.

The prototype had a dynamic debut in front of some of the 200,000 visitors at the West Sussex motoring extravaganza, taking on the track each day of the Festival (from Thursday 29 June until Sunday 2 July).

"Taking the wheel will be young racing driver, currently the fastest woman in the Ginetta championship, 17-year-old Katie Milner – completing a trio of firsts for the London Taxi Company at the Goodwood Festival of Speed (FoS): the world dynamic debut of their electric taxi, the first taxi ever to feature on the famous ‘Hill’ and the youngest female driver ever to take part in the Hillclimb event.

Each day the electric taxi will also be presented on the live stage at the FoS Michelin Supercar Paddock, alongside some the fastest and most valuable cars on Earth. LTC have been invited to participate on this stage because of the taxi’s adaption of supercar manufacturing techniques. LTC’s extensive use of light weighting means that LTC can get the maximum distance out of the electric battery without impacting the strength and safety of the vehicle."

Why a plug-in taxi?  New taxis in UK will be required from January 1, 2018 to be zero-emission capable.

LTC has not yet revealed the car's all-electric range, but encourages that it will "exceed requirements comfortably".