Kelley Blue Book: The Affordable, Long-Range EV For The Masses Is Here Now, No Waiting Required 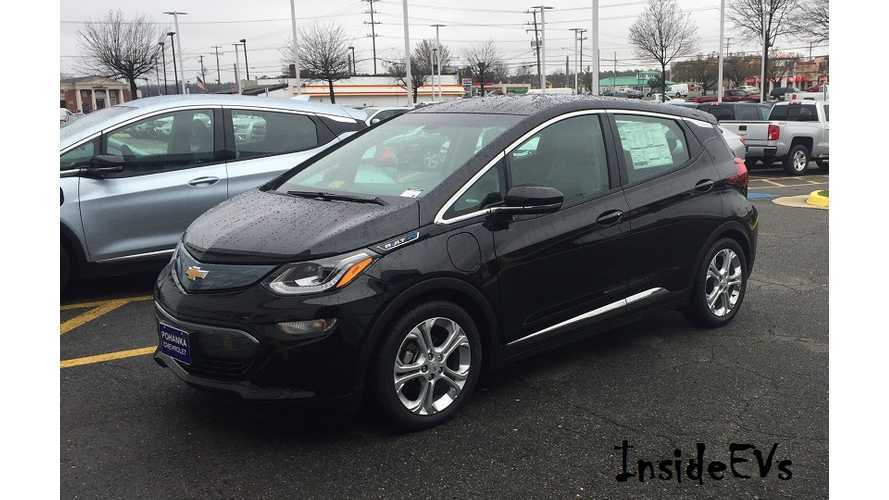 The positive Chevrolet Bolt reviews continue to pour in.

This latest one comes to us via Kelley Blue Book.

The publication states that the Bolt has not only plenty of room inside, but that its tall roofline gives ample space for passengers among us.

As for the reported "five seat" capacity, that is an operation one should only take GM up on when in a pinch, as seating for just four is Kelley Blue Book's preferred configuration; although the outfit does not there is lots of cargo room, including a "hidden" compartment under the floor.

Overall, there is reportedly "little to complain about" when it comes to the ergonomics of the 238 mile EV.

On the range side, KBB is impressed too:

"You see, the 2017 Chevy Bolt is a pure electric vehicle, the first affordable pure EV with a real-world range in the neighborhood of 230 miles. And that's the beauty of it: I wasn't ever worried about the range. Even though I didn't even leave the house with a full charge, the 180-200 miles estimated was more than enough to make it to my destination without worrying about hypermiling or other energy-saving measures."

Even handling, something that's not often covered when reviewing electric cars, was highlighted, as the review finds the Bolt EV a "pretty fun" car to drive, complete with a "nicely sorted suspension and some legit moves."

"The affordable real-world electric vehicle is here now, people. You don't have to be on a waitlist for a promised competitor. If you want an electric vehicle that you can use like a regular car now, and don't want to pay nearly $100,000 for the privilege, the only choice is the 2017 Chevrolet Bolt."

Clearly a shot at the expensive Tesla Model S and the long waiting period for the Model 3.