Tesla Aims To Reinvent The Electric Grid For A Cleaner Future 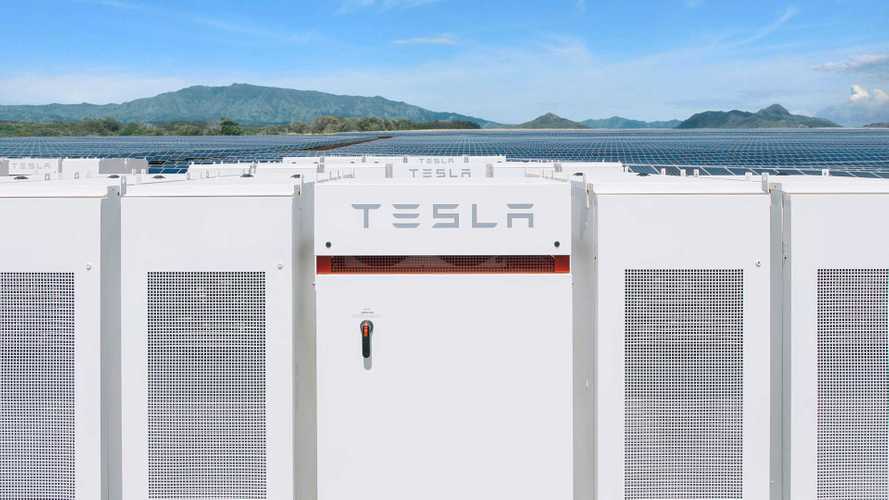 Sometimes the most profound revolutions are the ones that most people don’t notice. For millennials and their kids, flipping a switch to turn on the lights will feel pretty much the same as it did for our grandparents. However, the infrastructure behind that light switch will be completely different, in three ways.

Today’s power grid is highly centralized. Enormous power plants generate electricity, which flows through a network of ever-smaller transmission lines to reach the homes and businesses where it’s consumed. The grid is also highly synchronous, for want of a better word - generally speaking, the amount of power being generated must exactly match the amount being consumed at any given time.

If you think about it, that’s an odd way for a system to work - it’s analogous to a car without a gas tank, a body without a stomach, or a bank account with no cushion of cash for emergencies. And in fact, the grid is very inefficient in that sense, because it has to be designed to handle the highest possible (peak) demand for power. To provide a reserve to handle periods of high demand, utilities must build more power plants than they need on an average basis. These “peaker plants” sit idle most of the time, to be cranked up in the evening, when everyone gets home and switched on the AC, TV and all their other toys. Battery storage can solve this problem, but until recently it was too expensive to be practical. That’s changing quickly, and utilities around the world are installing stationary storage.

Tesla Powerpacks and microgrid on Ta'u Island in American Somoa

Battery storage also makes renewable sources, which are intermittent by their nature, much more useful. Power generated while the sun shines or the wind blows can be stored, to be used at peak times. And, regardless of what some political leaders may say, renewables are the future. Rooftop solar in particular not only saves consumers money, but it has the libertarian appeal of freeing them from dependence on a centralized utility, especially if battery storage is included.

“We’re trying to move away from that traditional one-directional grid,” says Vivek Narayanan of Pacific Gas & Electric (PG&E). “We’re evolving toward the grid of the future.”

That future grid will be less centralized and more asynchronous, with far less need for large power plants. Electric vehicles will be a third major factor. They draw energy from the grid, but they can minimize that impact by charging at off-peak times (smart charging), and can even store energy and release it to the grid later (vehicle-to-grid, or V2G) to help smooth out peaks.

Guess who is a leader in all three of these trends? Tesla will be happy to sell you a complete electrical ecosystem: solar rooftop tiles to generate energy, a Powerwall to store it, and a Model S, X or 3 to burn it up.

But it’s not only consumers that are buying Tesla’s energy storage products. The big daddy of the Powerwall is the Powerpack, a grid-scale battery storage system designed for utilities. Powerpacks can be thousands of times larger than Powerwalls (and cost thousands of times more), but their basic functions are the same: utilities use them to smooth out the fluctuations between peak and off-peak demand, and to store energy from renewable sources. Utilities around the world are adding them to their grids.

At the moment, most of the action is in places where chronic air pollution has spurred the growth of renewables, such as California, and places where legacy energy sources are extremely expensive, such as remote islands. Pacific Gas & Electric recently installed a 2,000-kilowatt-hour battery at an electrical substation near Sacramento, and Southern California Edison just deployed an 80-megawatt-hour battery system. The Kaua’i Island Utility Cooperative in Hawaii is using a 52-megawatt-hour system.

Another hotspot for battery storage is Australia, which has been struggling with an embarrassing series of blackouts in periods of hot weather.  Tesla has just won a gargantuan 100 MW/129 MWh energy storage project for the state of South Australia - a project that generated a huge amount of press coverage thanks to Elon Musk’s public negotiation of the terms via Twitter. Tesla has also begun deliveries of Powerwall 2 in Australia.

As hot as the battery storage market is, it’s expected to get a lot hotter over the next few years. Tesla hopes to cut battery costs by 30 percent when the Gigafactory reaches full capacity, somewhere between 2018 and 2020. Combined with the rapidly falling price of solar installations, that should kick off explosive growth in the sector.

Of course, Tesla is far from the only company in the energy storage space. Global giants like Siemens and ABB, as well as startup companies located in many countries, are building batteries and all the electronic gadgetry that makes them work. All indications are that the new energy field is going to grow exponentially, and once the boom has run its course, the world’s electrical grid will be completely transformed.

Not everyone sees this as good news. While some electric utilities, such as California’s PG&E and Texas’s NRG, are embracing the new technology, others, supported by compliant state regulatory agencies, are trying to slam on the brakes, imposing fees on rooftop solar and changing regulations to make renewable energy less economical. In the most recent example, a federal court upheld a rule change by the PJM Interconnection, which serves 65 million customers in the eastern US, that opponents say will put wind and solar power at a disadvantage in the region’s energy market. While grandstand plays such as pulling out of international environmental treaties grab the headlines, some of the most important battles for the future of energy are being fought in state legislatures and regulatory commissions over arcane rules that only industry insiders and lawyers truly understand.

However, history shows us that defenders of the status quo can delay new technologies, but they cannot hold them back for long. Jonathan Mir, an expert on energy infrastructure at asset management firm Lazard, likens efforts to revive dying energy sectors to King Canute’s doomed attempt to command the tides. Utilities will adapt to the new technology or die, he says. “That evolution is inevitable, necessary and under way.”