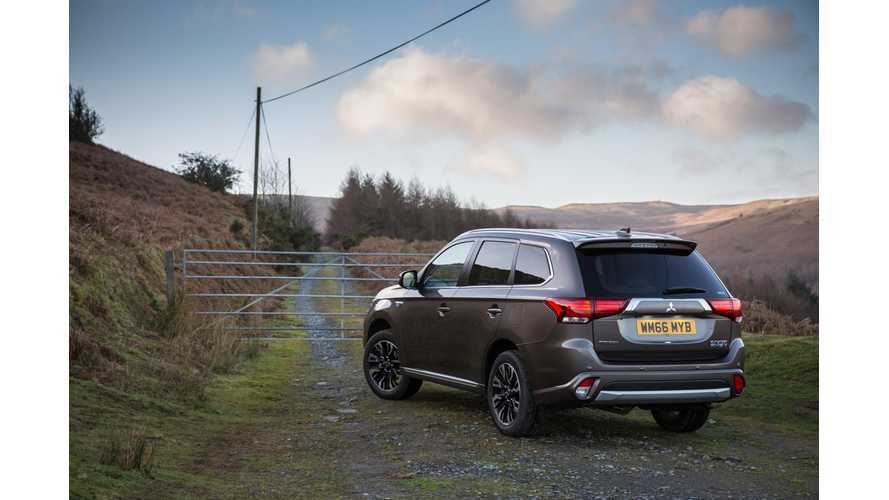 The Outlander PHEV (at least those optioned to more than £40,000 before incentives - full price list below) is now charged in taxes like the Range Rover SDV8, a vehicle which has five times higher CO2 emission.

Mitsubishi Outlander PHEV, the most popular plug-in hybrid car in UK, is hit by higher taxes from April 1.

From April 1, 2017 only BEVs (and other zero emission cars) keep the current tax relief at £0.

The plug-in hybrids (emissions: 1-50 g/km of CO2) are counted at £130 annual, but if their price exceeds £40,000 there is £310 annual supplement for five years from the second year of registration

"The Mitsubishi had a VED rate of £10 in the first year of ownership, compared with the Range Rover’s £1200. However, for the ensuing five years, both vehicles will attract a £310 supplement on top of their VED rates because they cost more than £40,000.

Mitsubishi Outlander PHEV lineup and pricing in the UK for 2017