Fastned Figures Out How To Make Money On Public Charging? First 2 Stations Break-Even 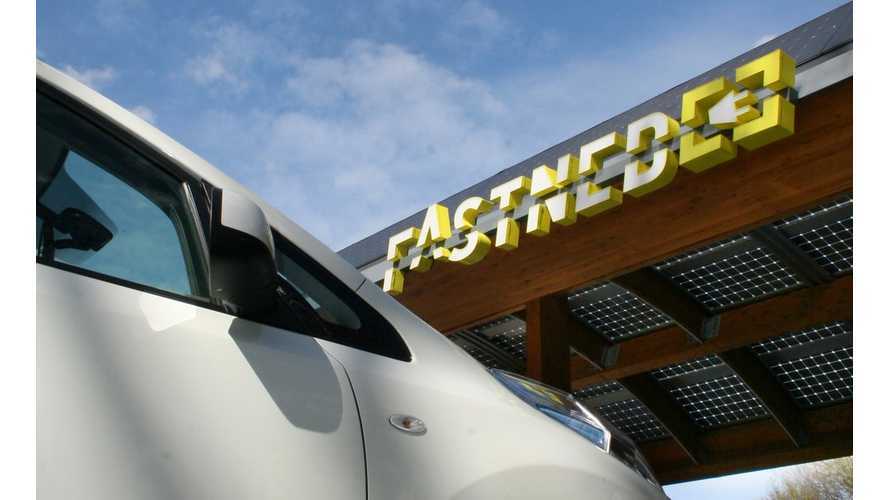 Fastned happily announced a milestone on its road to profitability in the fast charging business for Europe this week.

For the first time, the Dutch company was able to achieve operational break-even for the first two stations in March.   So just 56 more to go!

Now to be fair, that doesn't mean profitability yet, but overall costs directly related to those stations (operating expenses, such as the purchase of power, grid connection fees, licence costs, land lease, cleaning and maintenance costs) are covered from revenues.

More stations out of the total 58 installed are expected to reach operating costs break-even later this year.

The milestone is truly a significant achievement, but at the same time does show how difficult the business model for public DC is, as EV adoption is (relatively speaking) sky high in Fastned's home market (6% market share in Netherlands in 2016, 10% in 2015), and the company was founded in February of 2012.

The next step would be to cover central costs of the network and then... profits.

"Fastned, that is building a European network of fast charging stations, saw its first two stations break-even in March. This means that the operating expenses, such as the purchase of power, grid connection fees, licence costs, land lease, cleaning and maintenance costs were covered by the revenues generated at those stations. Fastned expects that more stations will pass the break-even point in the coming months.

The Fastned stations are prepared for strong growth of the number of electric cars. The capacity can easily be expanded by adding more and faster chargers to each station. The low operating costs and big capacity result in significant earning potential of each station."

Put some clothes on guy!

“After five years of investing it’s great to see the first stations break-even. This is a real milestone. It is a compliment to the whole Fastned team and the 1,600 people that have invested in Fastned at an early stage. Revenues are growing at all stations, supported by the mega-trend of increasing number of electric cars.”