How About Some Owner-Modified Tesla Model S Sedans? 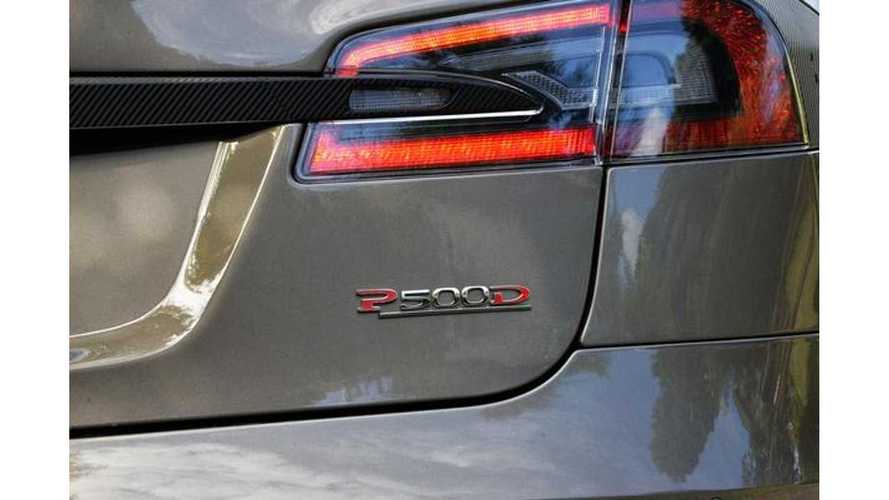 It's not uncommon for Tesla owners to modify the "look" of their Model S with some distinctive, aftermarket parts and accessories. Many Tesla owners discover something that can complement their new ride. Recently, rock star Oli Sykes ordered some Tesla accessories and created a very cool look for his "electric beast" — later he showcased his Tesla to millions of his followers on social media. But you don't have to be a famous celebrity to transform the look of your Tesla.

*Editor's Note: We often feature articles from EVANNEX here at InsideEVs, but they also make some nifty swag for Tesla vehicles.  A recent post by the outfit (Authored by Matt Pressman) detailed some of those accessories, and we'd figure we'd pass it along!  (Of note:  InsideEVs has no advertising or sponsorship relationship with EVANNEX, but we do think their gear is fairly swell).

George T., from Australia, sent us some photos of his Tesla Model S transformation (above). He told us that:

"Recently my P90D has been dressed for whiskey and cigars. I 'de-chromed' the body and changed its looks to my taste. I also added the Lighted Emblem and Lighted T. I have changed the model designation to 'P500D' as the P90D has a range of over 500Km when fully charged! It has raised a few eye brows absolutely fun to drive."

"Love your products and have quite a few of them in my current Model S. I get stopped daily about the glowing Lighted T on the back by other Tesla drivers asking where I got it... can't wait to get my Model 3 and start customizing it with your gear as well." Ben definitely displays serious Tesla pride — the front hood of his Model S really shows off his love for Tesla. He says, "My friends say my car looks like a stormtrooper."

Sean B. in Florida was excited to create a new look for his Tesla Model S. He told us, "I am very excited to get the wheels done and will definitely share some photos with your covers installed." And after installing red caliper covers and his new aftermarket wheels in the Miami area... sure enough, he sent over some stunning photos. Check out his Model S, transformed with "new shoes" installed.

We love seeing these creative Model S makeovers. We also recently featured a Tesla Model X adorned with original graffiti art in Finland. As Tesla's electric vehicles become increasingly popular on the road, it's getting harder to make your car stand out from the crowd. So we salute Tesla owners who make their Model S non-conformist... and a little bit more distinctive to reflect their individuality. We're looking forward to seeing more pics from other owners — if you want to show us your transformed Tesla, feel free to connect.

*Editor’s Note: EVANNEX, which obviously if one just read this article, also sells aftermarket gear for Teslas, has kindly allowed us to share some of its content with our readers. InsideEVs has no advertising or sponsorship relationship with EVANNEX...which just think their gear is kinda swell. Check out the full site here.