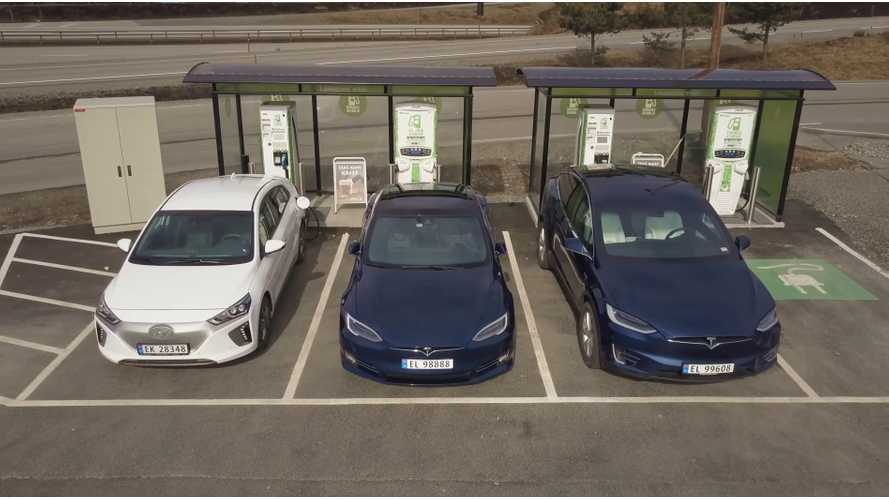 The result of the encounter was easy to predict, as the IONIQ simply needs least energy to move.

At lower speeds the differences are more in-line with the weights splits.

We all know that Hyundai Ioniq is the most efficient EV. But how efficient is a Model S 70D facelift? It was actually pretty close.