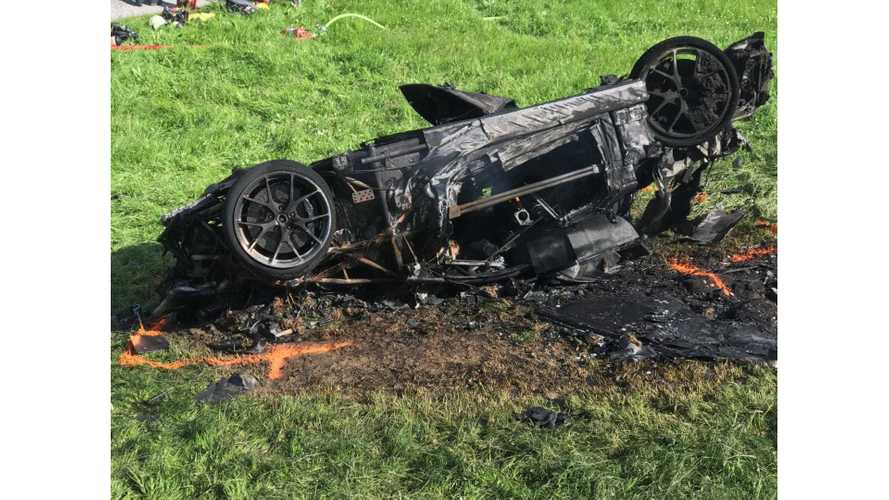 The Hamster and Mate Rimac have a friendly conversation on what the hell went wrong.

It’s been a couple weeks since Richard Hammond’s heard-around-the-world crash in a Rimac Concept One electric supercar. In a 26-minute video interview with Drivetribe, the Hamster sat down with Rimac CEO Mate Rimac for a friendly tell-all that covered the accident, the electric supercar, The Grand Tour, and a bunch of other tidbits relating to the incident. To Hammond’s credit he seemed properly humble, as did Rimac who revealed the now-charred supercar wasn’t a press vehicle, but a customer’s car. Ouch.

Remains of a Rimac Concept One (1 of only 8)

Rimac was obviously in PR mode for the interview, but all things considered, the two were very friendly without an ounce of visible bad blood between them. That’s not to say there wasn’t perhaps a touch of friction towards the end of the video, when the pair were discussing specifically how the accident happened. Hammond seemed to suggest the car should’ve made the turn, or at the very least, not kicked out into oversteer.

“The only thing I would say is the previous day … I could not for the life of me provoke oversteer,” he said. “It would only understeer. I mean I damn near understeered over a cameraman. Why did it suddenly do it?”

Rimac's response was that Hammond was simply going too fast, and the supercar's trick torque-vectoring system tried to change direction appropriately.

“When you went into that left hand corner you were way too fast,” said Rimac. “And you turned the wheel more than the car can take; more than physics can take with the tires and the weight. So what the system did actually was to yaw the car around where you wanted to have it. It rotated too fast, but this just meant that you went off sideways. If it didn’t do that you would have gone straight.”

Here is the footage leading up to the accident:

Obvious observations aside, here are a few other highlights from the interview.

Hammond on the crash:

"Yeah of course there was a moment of dread. Oh God I'm going to die."

Hammond on the Concept One:

“I loved it. It’s astonishing. It’s the first all-electric supercar I’ve been in that has proper ambitions in terms of range, which is always the first question people ask, but also performance.”

Hammond on how the crash will affect The Grand Tour’s next season:

“So what we’ve got left to shoot, I can do what I have to do. We can make it. The short answer is we can, without changing any of the films we’d planned, without adjusting anything in the show this series.”

Rimac on the future of his company:

“For us this is really important. The car I think has done well. We believe it’s proven that it’s safe. Unfortunately Richard had to prove that.”

Hammond on leaving the car world for something safer like a cooking show:

“I’d injure myself in a kitchen.”

As we reported previously, the trio were in Switzerland filming a segment on supercars for The Grand Tour’s forthcoming season. Hammond gave that a bit more perspective by saying they were testing the past, present, and future of supercars. The Rimac Concept One held the role of future, while an NSX hybrid embodied the present. Representing the past was a very yellow Lamborghini Aventador S.

Drivetribe has the full 26-minute video if you want to catch the whole conversation.