Volkswagen To Debut 4th Electric I.D. Model: A Sedan In Frankfurt For September 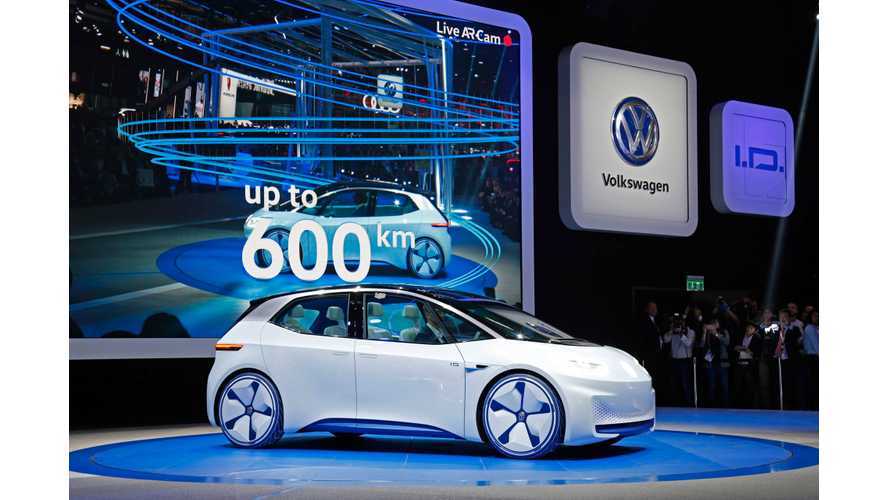 After first revealing the  I.D. hatch, scheduled for production in 2020 (and debuting last year in Paris - details), we saw the I.D. BUZZ (from Detroit in January - details), and now we await the I.D. SUV at the Shanghai Motor Show in few weeks.

Now from the Frankfurt Motor Show in September, Volkswagen is expected to show another I.D.

This will be the fourth model of the long-range electric vehicle family based on MEB platform.

According to Autocar, Volkswagen is developing a saloon/sedan. A pretty special one for VW, with a closed front end.

"VW design chief Klaus Bischoff has promised a “surprise” for the saloon, which apparently prompted “wows” from his colleagues when they saw it for the first time."

"The electric concepts represent ‘families’ of models, each of which will have different identities and bodystyles but a common theme, according to Bischoff, including what he calls “a no-grille” philosophy.

“Volkswagen was born with no grille,” he said. “With ID, we’re looking into the future but have our original identity with a closed front end.”

Bischoff added that each ID model will feature a lower air intake for battery cooling when charging, and each will be identified by its headlights and an illuminated VW badge. MPV models will have a “friendly, positive” demeanour, as previewed by the ID Buzz concept, while the upcoming SUV will be “non-aggressive but self-confident”."

Inside The Volkswagen I.D.