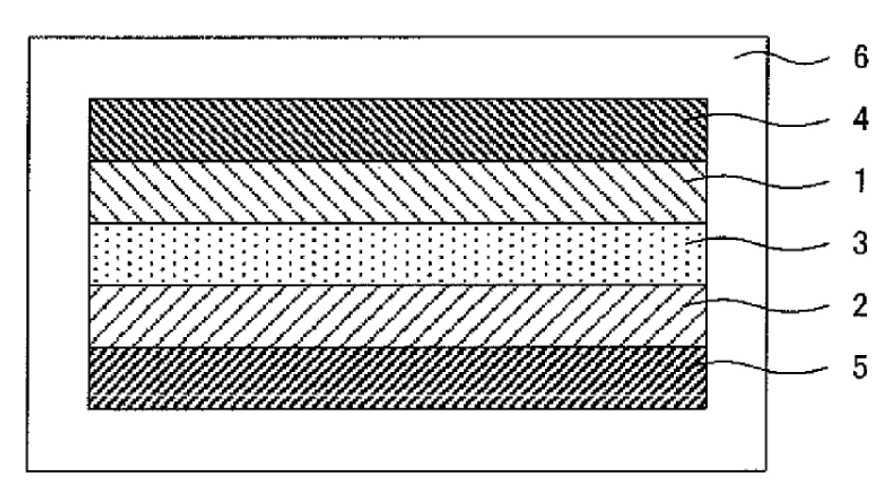 It's no secret that Toyota is working on a number of advanced, solid-state battery technologies for future electric vehicles. The company has been talking about in public for years, in fact. Once, it was maybe supposed to come out in 2020 (that was the target a long, long time ago), and that still might be the cast. Whatever happens, there's paperwork to file before we get there.

Which brings us to U.S. patent application #20170179545. The filing drawing (above) might look like a simple, boring sandwich, but as you might guess, it relates to Toyota's work on a solid state battery. The advance that is under application describes how Toyota has improved the battery's thermal stability through the addition of a "specific phosphate ester" that did not degrade performance. This is obviously a good thing for solid state technology, especially as it compares to today's li-ion cells. This is how Toyota describes the benefit:

With regard to the lithium batteries that are currently available in the market, since liquid electrolytes including flammable organic solvents are used, installation of safety devices that suppress temperature increase at the time of short circuits, and structures for preventing short circuits are needed. Meanwhile, since lithium batteries that have been produced into all solid state batteries by converting the liquid electrolyte to a solid electrolyte layer do not use flammable organic solvents in the batteries, it is contemplated that simplification of safety devices can be promoted, and the lithium batteries are excellent in view of the production cost and productivity.

A number of different chemistry options are described in the application (34, in fact), but I leave it to people with science degrees to tell us what it all might mean. Beyond solid state batteries, Toyota is also working on lithium-air batteries, so anyone who thinks that this whole EV game is just about played out should take a look at some patent filings now and again.