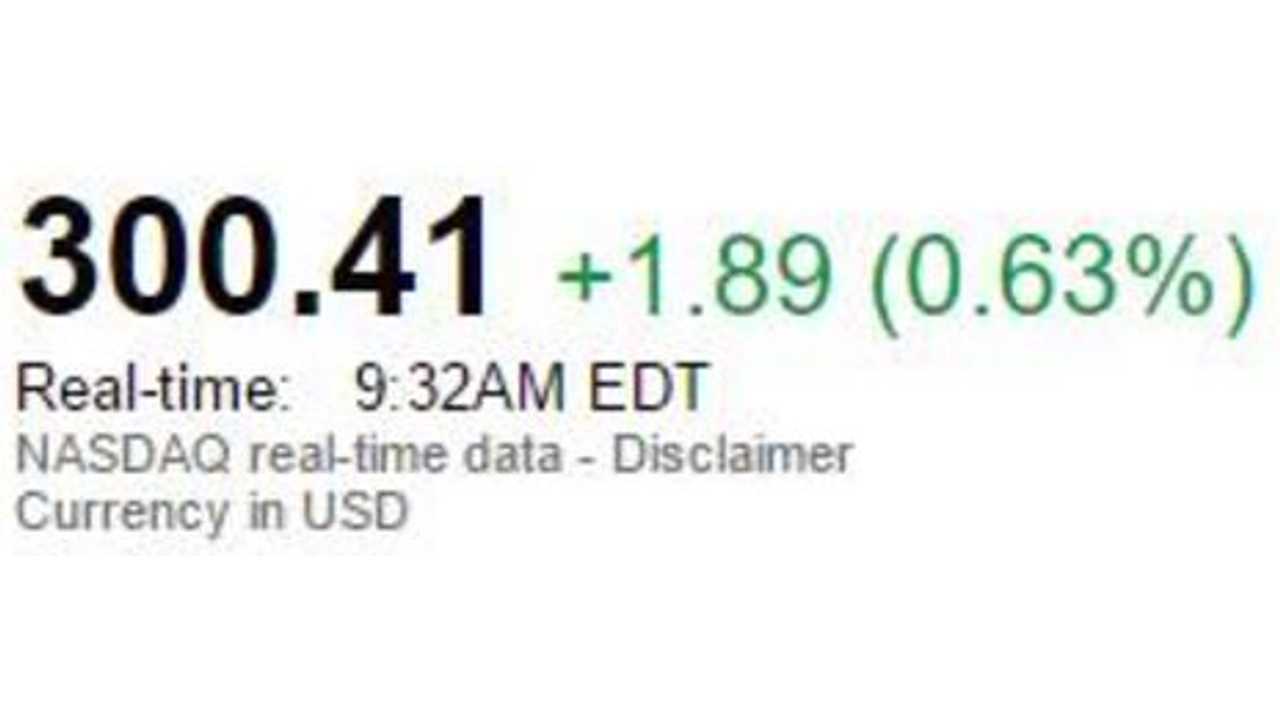 Tesla Stock Over $300 For First Time Ever

Over $300 Momentarily And Market Cap Over $52 Billion

It was less than one week ago when we reported that Tesla surpassed Ford in value (based on market capitalization), but not Ford is so far in the rearview with Tesla valued at $52.08 billion and Ford falling to $45.07 billion.

*UPDATE: Tesla market cap now exceeds General Motors. Tesla is at $52.08 billion, while GM currently sits at $51.23 billion. Tesla is now the highest valued U.S. automaker! Look out Honda, you're next at $53.08 billion.

But the bigger news is that briefly this AM, Tesla stock broke past the $300 mark for the first time ever. A high of $300.93 was hit around 9:30 AM Eastern Daylight Time. And then again right now as we're pushing this post live.

The recent stock surge for Tesla can likely be attributed to the automaker outperforming in its Q1 announcement and to the release of new news connected to the Tesla Model 3.