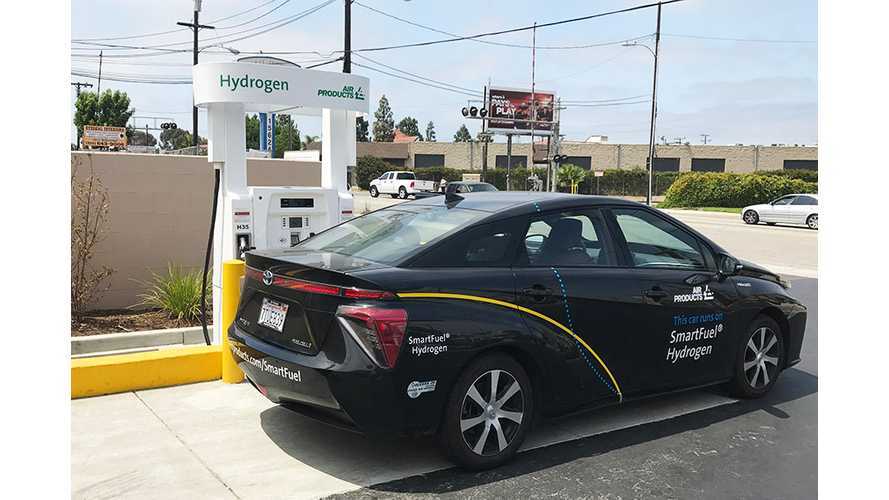 California has increased the number of retail hydrogen stations by 47% year-over-year...and while the percentages look impressive, that brings the running total up to just 28 since we last time checked the status of FCV's infrastructure.

The progress behind the 9 new stations is pretty slow however, as new stations are now being installed slower than a rate of one a month.

The 28th is in the City of Lawndale, and is available for use 24 hours a day.

The unattained, and now several-years old, goal of having 100 stations in California will weigh more and more heavy, as just over 1,700 fuel cell vehicles have been added to the roads over the past 12 months.

"California is working toward a milestone of 100 retail hydrogen stations statewide to support the roll-out of fuel cell electric passenger vehicles. CaFCP and its members are also working on stations for fuel cell buses, and medium-and-heavy duty trucks. We’re also drafting a vision of the next phase of the passenger vehicle commercial launch in California and across the U.S."

Map of the hydrogen fuel station is available here, while here is list of the individual stations.