Spy Photographer Gets Up Close And Personal With Jaguar I-Pace 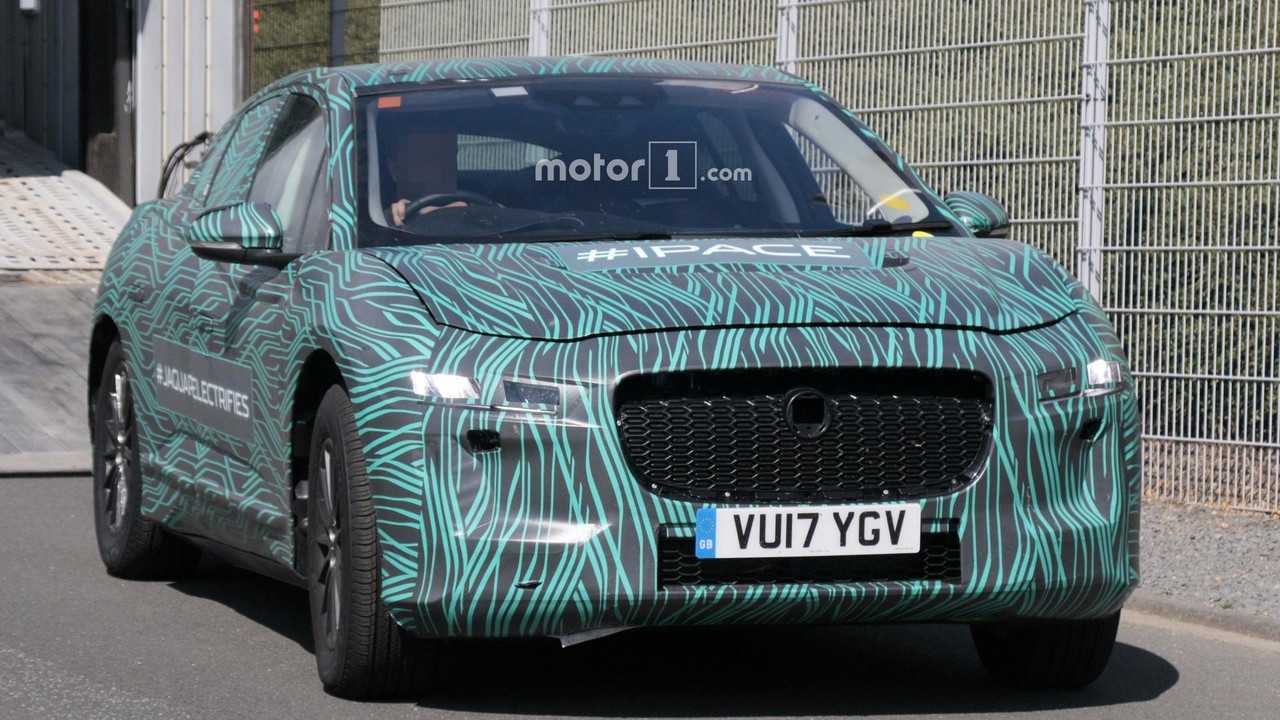 It seems the concept's retractable door handles will make it to production.

It rarely happens for a production car to remain almost entirely faithful to the concept’s design, so we have to applaud Jaguar for not teasing us with an eye-grabbing showcar and then coming out with a vastly different car.

There are probably some mild tweaks hiding underneath the camouflage, but overall the road-going model will greatly resemble the showcar originally introduced in November 2016 at the Los Angeles Auto Show. For its Euro debut in Geneva a few months ago, the I-Pace was dressed in striking red attire.

Not only will the exterior design stay true to the concept, but we have a feeling it’s going to be the same story with the high-tech cabin. Expect to see a minimalist layout with few conventional buttons as most of the functions will be accessed using the touchscreen. An all-digital instrument cluster is also on the agenda for what will be an avant-garde cabin as it would be appropriate for Jaguar’s very first EV.

Even though it hasn’t been revealed in its full production glory, the I-Pace has been reported as already on the assembly line at Magna Steyr’s Austrian plant.  Based on that report, customer deliveries in Europe were thought to start before the year’s end or early 2018, while the U.S.-spec cars would not be ready for shipping until the second half of next year (as the company had previously stated).

However, as is it turns out, that may not be retail production that is happening today on the I-Pace, as Magna (actual builder of the I-Pace) updated its build status last week when announcing that it will also be the sole builder of the BMW 530e in 2018, stating:

"Magna started the split production on the BMW 5 Series sedan in March of this year and will commence production of the Jaguar I-Pace, their first electric car, in the first quarter of 2018."

Either way, we’ll likely see the all-electric crossover in its final guise at the Frankfurt Motor Show in September, though an online reveal in a few days/weeks sooner also seems plausible.

When the I-Pace will receive its world premiere, expect it to have just about the same technical specifications as the concept: 400 horsepower and 516 pound-feet (700 Newton-meters) of torque from two electric motors, all-wheel drive, 90-kWh battery, 310+ miles (500+ km) range based on (NEDC) / 220 miles (354 km) as per the more realistic EPA tests. Should you be in a hurry, 90 minutes of 50-kW DC charging will fill up the batteries to an 80-percent level.

As far as performance is concerned, the Jaguar I-Pace will run the 0-60 mph (0-96 kph) sprint in about four seconds.

Magna Steyr’s president of vehicle technology and engineering, Karl-Friedrich Stracke, revealed after taking a pre-production prototype for a test drive the acceleration is faster (we think he meant quicker) than that of a Model X. For the sake of comparison, the slowest version of Tesla’s electric SUV is the 75D model that needs six seconds for the sprint, followed by the 100D with a 4.8-second run. Stracke likely had one of the two in mind when he made the comparison.

There’s no word just yet about the starting price, but in the U.S. it’s estimated to begin from somewhere in the region $70,000.

Gallery (below):  More photos of the 2018 Jaguar I-Pace testing