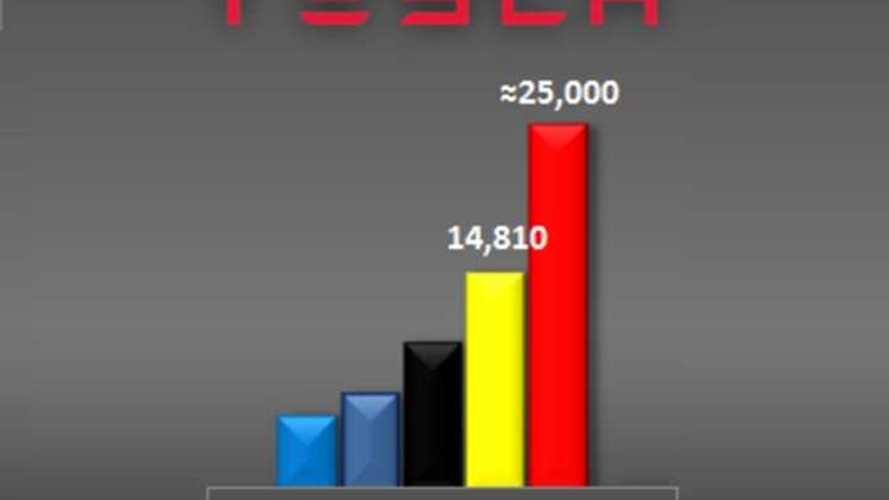 A recent record of quarterly deliveries set by Tesla Motors in Q1, at over 25,000 Model S and Model X vehicles, was a pretty strong achievement when put in the proper context.

Especially given that the first 3 months of a new year are the most harsh in which to sell EVs - both for the weather, and for the fact the $7,500 US Federal EV credit (where most Tesla sales are made) are sensitive to the calendar tax year.

In respect to the US tax credit realities, Tesla is even more sensitive than the others, as the highest rate of purchasing (over leasing) can be found on Tesla products.

So the Q1 result is one that encourages the notion that more than 100,000 of Tesla's more premium EV offerings (ex-Model 3) are possible over a full year.  We realized just how high the Q1 25,000 level is in context when drew it on the graph above. It's 69% of growth.

Combining official numbers with IEVs estimations of U.S. deliveries (about 10,400) we recognize that the international market hit its own record with ~14,500 vehicles sold last quarter; driven mostly by resurgent deliveries to China of late, and the start of RHD Model X vehicles in Q1.

The difference of more than 4,000 cars sold outside U.S. is also the highest ever.