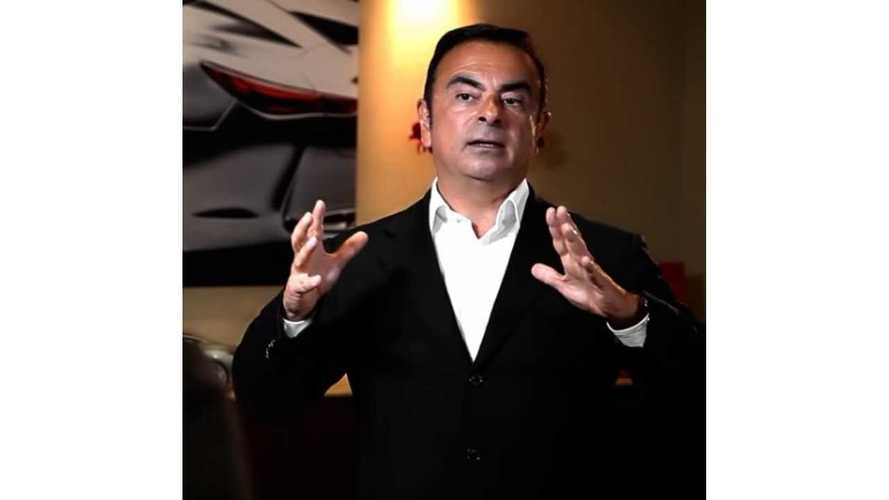 He assured the attendees that they should see Tesla as an ally, rather than a competitor. He shared:

The upcoming Tesla Model 3 is set to pave the way for a future of mass EV adoption globally.

”I also have to pull my hat off of (tip my hat too) Elon Musk, who is a great salesman.

He is a very good person who sells very well the vision of his company. Good for him. We are not at all jealous on the contrary. I consider that the more Tesla advances, the more Tesla develops and the more it helps us. No one denies that we are the biggest players in the field. In a way it helps us to market this technology and make it more desirable."

Until EVs become commonplace, this type of camaraderie between participants isn't surprising. The more success any company finds with EVs, the more others will benefit, and the more quickly adoption will occur. Unlike the cutthroat business of traditional automakers, the electric car segments' "newness" warrants such peer support and mutual respect.

Ghosn didn't stop with the simple compliments to Elon Musk and his successes. He went on to speak to the electric automaker's stock market success. It's hard to ignore the fact that Tesla has now passed the market cap of Ford, General Motors, and BMW. Ghosn continued:

“When you see a company of 100,000 electric cars per year, which is virtually unprofitable at the moment, which is worth more than a General Motors that sells 9 million, a Ford that sells 8 million, Profitability, as Ford and General Motors’ profits amount to $ 9 billion, there is a question about how the market sees these companies ... Tesla is judged on her future, not on her present.