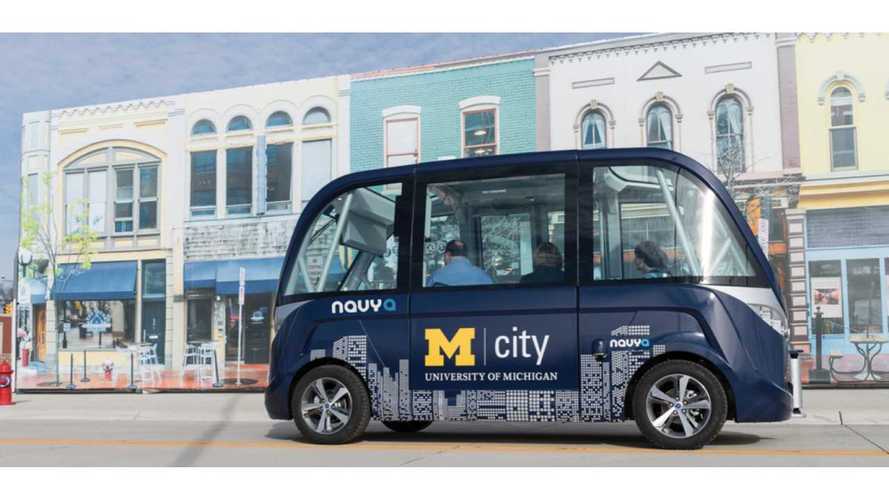 Navya, thanks to a close partnership with the University of Michigan, has recognized a great opportunity to expand its business of fully autonomous electric vehicles in Michigan - a state that is more than ready to welcome new businesses (thanks Tim Allen).

The French company has announced plans to begin assembly of its ARMA driver-less shuttle in Southeast Michigan.

And Michigan natives don't have to wait long to see thins get underway, as production is set to begin in the fourth quarter of this year, with 20 units already awaiting an immediate built.

Why the returned infrastructure for tech projects into Michigan (past the obvious incentives available from the state)? Autonomous vehicles can now be tested on public roads within state of Michigan since December 2016.

"NAVYA, a pioneer in developing and manufacturing autonomous vehicles, today announced it will establish its first assembly plant outside of Europe in Southeast Michigan. Beginning last year, the French company partnered with Mcity, a public-private partnership led by the University of Michigan to accelerate advanced mobility vehicles and technologies, to bring the NAVYA ARMA, a 100% driverless, completely electric, autonomous shuttle vehicle to Mcity. Thanks to the strong partnership with the university, NAVYA has decided to manufacture its vehicles in the Ann Arbor area.

The state of Michigan is ubiquitous with auto manufacturing, and this affords NAVYA the opportunity to work with experienced people in the industry. According to NAVYA’s Vice President of Sales, Henri Coron, the company has an immediate objective to build 20 vehicles at the new plant by the end of this year. To achieve that goal, NAVYA plans to hire a team of 15 people at the Michigan facility by the end of 2017. The Michigan Economic Development Corporation (MEDC) is currently considering providing an incentive in support of the project.

“Thanks to our strong partnerships with Ann Arbor SPARK, the University of Michigan and the State of Michigan, we decided to choose the Ann Arbor area to establish our US headquarters. The Ann Arbor area offers a lot of possibilities for NAVYA to work with our suppliers and hire high-level professionals,” added Coron. NAVYA is currently working with partners to find the best location to bring its technology to the U.S. and build American.

“NAVYA is a global leader in autonomous mobility innovations. With its funding and other resources, it could easily locate anywhere in the world,” said Paul Krutko, president and CEO of Ann Arbor SPARK. “With our talent, infrastructure, and established network of mobility technology businesses, it’s a great choice for NAVYA to call the Ann Arbor region home.”"