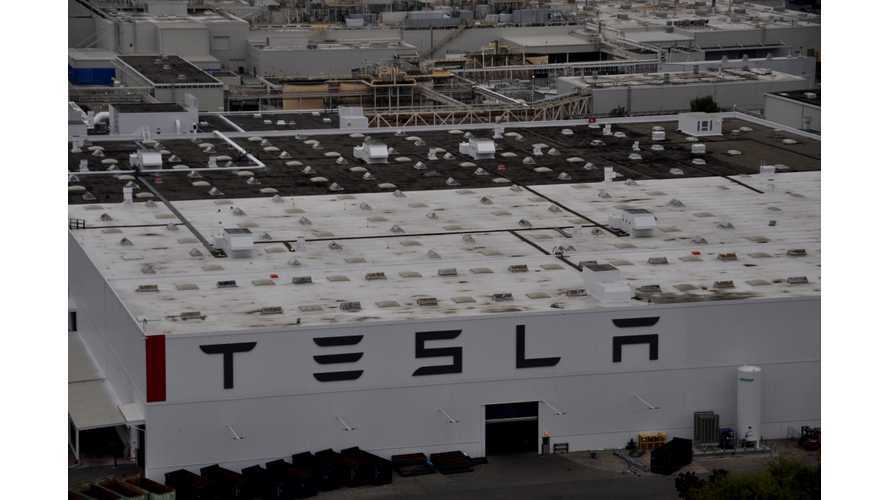 Not long ago, the UAW sent an organizer to the Tesla Fremont factory to speak with interested employees. The UAW has sought the electric automaker for some time, but the final straw came when a Tesla employee wrote a letter and made a video complaining about conditions in the workplace.

Tesla employee, Jose Moran, drafted a letter and produced a video complaining of workplace concerns at the Fremont factory.

Jose Moran was the gentleman that started the ball rolling (but it really never rolled). He is one of only four Tesla employees since 2014 to come forward publicly with concerns. The other three filed separate suits with the National Labor Relations board, all of which were privately settled, and the organization did not accuse Tesla of any wrongdoing.

Four employees out of over 6,000 ... And even though Moran came forward recently and it was widely publicized, it didn't push anyone else to come forward. The opportunity was there, the press was involved, the UAW showed up, but nothing.

Nevertheless, the UAW wants to see Tesla organized. Its belief is that the employees don't have a voice, and are concerned to speak out. According to the UAW, there have been many more complaints, they just aren't going public.

With so many monumental efforts ahead, Tesla employees may feel overextended, and work long hours, and the UAW believes that compensation is minimal, especially when considering the exorbitant cost of living in the San Francisco Bay area. Others argue that Tesla employees chose to work there, no one is forcing them to stay, and they are there because they want to be a part of something historical.

“I’m sure everyone in California wants to see Tesla succeed. But when you raise production, that translates into more pressure for workers on the shop floor. Tesla has clearly learned some lessons from NUMMI. When NUMMI operated, it was considered a very productive plant and the employees had to run to keep up with the assembly line.”

Professor at the University of California-Berkeley, Henry Shaiken, told WardsAuto:

He points out that Tesla assembly line workers start at $17 per hour, with raises to $19, and they get some stock options, but the stock is minimal.

However, if you look at the stock price from just a few years back (see below), where it is today, and where it is headed, those employees are faring pretty well. Workers that have been with Tesla since early on have a very nice nest egg due to their stock options. Musk shared a chart with his employees showing that "total wealth delivered" by Tesla, to its employees, far exceeds that of competing automakers.

Shaiken is also concerned that Tesla's non-disclosure agreements may have employees tight-lipped about unfair labor practices. He explained that employees are not allowed to talk about anything that happens at work or related to work:

“I doubt that’s legal under the National Labor Relations Act.”

Tesla, along with several employees that have come forward, have explained that the agreements are only in place to protect confidential information. CEO Elon Musk assures that the company is not asking employees to remain silent about their jobs. It's just important that they don't disclose trade secrets, or give away upcoming reveal details ahead of press releases.

Regardless of the UAW's involvement, it seems that nothing is changing quickly. Shaiken said he was surprised that Musk accused the UAW of planting people, or putting employees up to complaining, but he agrees that:

“The UAW effort is clearly only in its beginning stages.”

Though, he does hope that Tesla is going in the "right" direction, and that if there are problems, or if issues arise due to upcoming Model 3 production pursuits, the automaker will make it right. He concluded (in reference to Musk's email to employees validating the lack of problems, and the fact that they are getting a roller coaster at the Fremont factory):

“I don’t think a roller coaster is going to fix that.”