Panasonic Pushing For Solar Roof EVs, Could Add 6 Miles Of Range Per Day 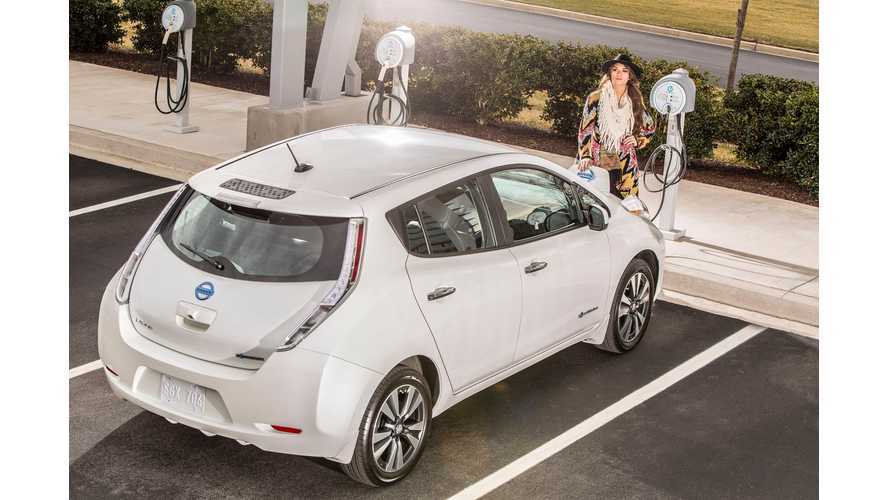 The concept of having a solar roof on an electric vehicle is pretty neat one (albeit not terribly practical), especially in an EV that, in theory ,could drive on its own.  To that end, Panasonic is pushing to make that option a more compelling value proposition - no easy task to be sure.

Still, even if the company can make the added cost reasonable, the "green cred factor" goes off the chart, so we feel many would opt for the feature.

Originally, the Toyota Prius hybrid in 2009 and Nissan LEAF in 2010 had small solar module options, but only for auxiliary/12V battery charging purposes.

In the past, placing solar modules on the roof of a car was difficult from technical point of view, as the installation was relatively expensive, and didn't provide much power.

However technology advances, and in 2017 we welcome the first series produced car, the Toyota Prius Plug-In (aka Prime) with Panasonic's 180 W solar array on the roof for traction battery charging. Today's 180 W is more than three times the original 56 W unit found in Prius from 2009.

Shingo Okamoto, the general manager at Panasonic who was in charge of developing the technology said:

“Car roofs have the potential to become a new market for solar panels. We made history in the auto industry and in the solar industry with the sun powering mass-produced cars for the first time in the world.”

Six hours of full power, would give over 1 kWh of energy, which is not bad at all.

We should note that there has been (and still is) another, longer running plug-in model that has an integrated solar roof powering the HV battery - the Karma Revero (formerly the Fisker Karma), which just re-started deliveries last month.   The solar roof on that car is rated at 200 W, with the company conservatively noting:

"The solar roof can generate up to 1.5 miles of electric range per day, depending on weather conditions"

...so who was "first" we supposed depends on one's definition of what constitutes "mass-production".

According to Panasonic, when using rooftop space on an EV, solar could help to cover up to about 10% of the total mileage via its own generation.

"The latest Prius is the first mass-produced model to be outfitted with solar panels that provide juice for the car’s main battery, according to Toyota. Because of seasonal variations in sunlight, the amount of charge will fluctuate, meaning the average distance traveled on a single charge will range from an average of 2.9 kilometers (1.8 miles) to 6.1 kilometers  (3.7 miles) depending on the time of year.

“That means you get about 10 percent of annual mileage from solar just by letting your car sit,” Okamoto said in an interview in Tokyo."

“We are aware that the panels are supplying only a small amount of electricity. But this system is still a breakthrough as we are making use of the energy we would be wasting otherwise. By filling all available space with cells, it is possible to extend the range easily to 10 kilometers (6.2 miles).”

Using solar roof was also considered for the Tesla Model 3, and as we know Panasonic is partnering with Tesla in batteries, solar modules and home solar roofs, so we suspect the option will be coming to future Tesla offerings at some point.

“You’ll see panels become more common as an option, particularly on high-end electric sedans and SUVs. But the range benefits are always going to be limited. This is mostly about feeling smug.”