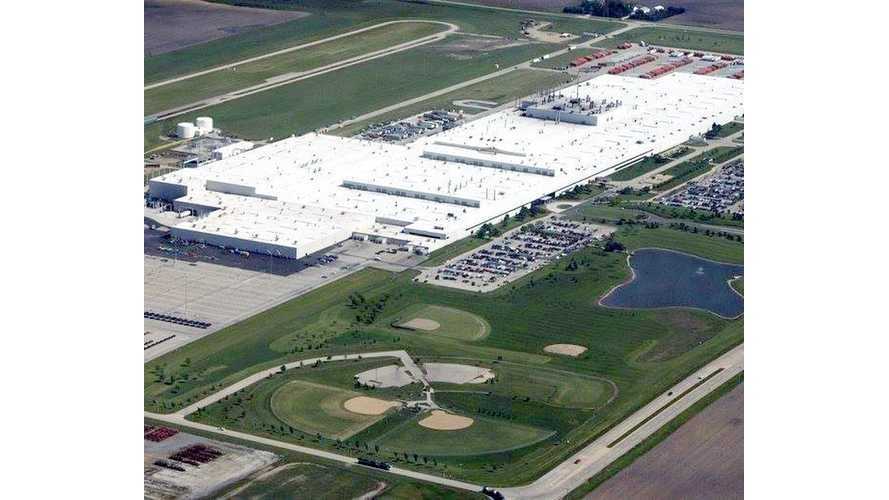 Teslarati - by way of drone - stumbled upon some interesting information regarding the newly acquired Rivian Automotive factory in Normal, IL.

As you can see in the video above, the factory's parking lot is riddled with a myriad of Volkswagen's "dirty diesels."

The vehicles in question are those that were manufactured between 2009 and 2015, and have a unit in place that was used to scam emissions testing (otherwise known as Dieselgate).

Teslarati estimates that about 14,000 VWs are being stored in a lot that is now being leased to Vascor Logistics by Rivian Automotive.

Obviously, VW has yet to come up with a workable plan for the mass of vehicles, although it now has approval conditions from the EPA under which to re-sell some of the cars (some 67,000 2015 model year vehicles) back to the American public via updating the vehicles' emissions software immediately, and the hardware following the sale.

Earlier, the automaker was storing the faulty cars at the Pontiac Silverdome (see that video below), but the space at Rivian's new site is much more substantial, and up until now, no one really had a use for it after Mitsubishi packed up shop. Jeannine Ginivan, a VW representative told Teslarati:

“These vehicles will be held and routinely maintained until it is determined whether an approved emissions modification becomes available. If approved, the settlement allows Volkswagen to modify affected 2.0L TDI vehicles so they can be returned to commerce or exported. Vehicles that are not modified must be responsibly recycled.”

These 14,000 or so vehicles are only a small percentage of the total VW cars affected. The company needs to make a plan for about 475,000 total vehicles.  Some will be used for parts, some scrapped, some will be re-sold once made compliant (~67,000), while some owners have accepted restitution and repairs while keeping their VW diesels.

Vascor Logistics hasn't disclosed its lease deal with Rivian, and Rivian is also keeping the information confidential. But, according to Teslarati, we  know that the logistics company is working for VW, and is paying Rivian for the use of the site. This means more cash flow for Rivian, and we all know that funding is the biggest crutch when it comes to moving forward with a startup. At this point, this is "free" money for Rivian, especially since the company has no use for the space, at least for now. This free money is on top of other free money awarded by Illinois state and local municipalities. Rivian also has secured investors, but has yet to publicize any official information.

The factory, as well as its grounds, are monumental, and surely far exceed Rivian's immediate needs. It isn't likely that the startup will need much of the property for a long time. There is no reason that VW can't store more vehicles there and perhaps indefinitely. Rivian could choose to use this as a stepping stone to begin leasing space and/or facilities to others in need.

In essence, VW's "dirty diesels" could indirectly lead to the success of clean cars for the future. We really hope that Rivian finds much success, and makes a notable impact on the industry. We are glad to see that VW can be of assistance.

Hat tip to Gene from Teslarati for sending this along!