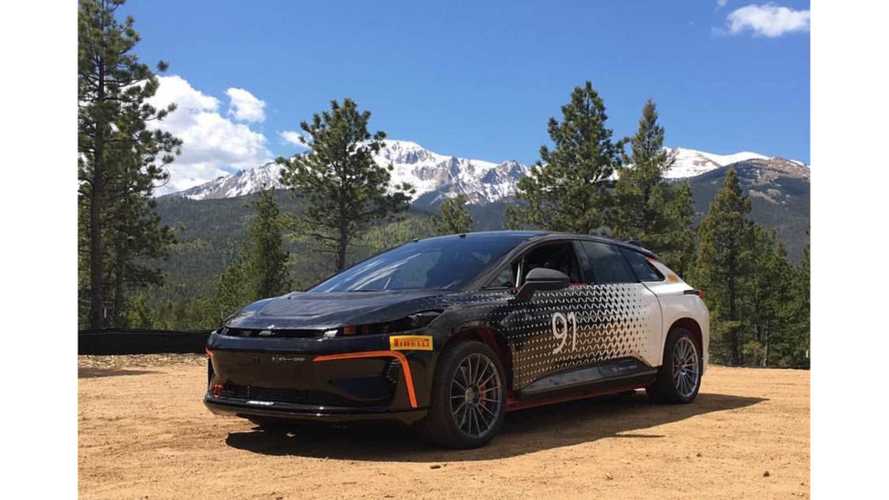 Technically, they are already there, and have produced a video(above) of their efforts to get ready.

"We’ve traveled to Pikes Peak to evaluate the thermal systems and battery pack of the FF 91 in a real-world setting."

In 2015, an electric vehicle was the fastest overall to the top in the event.

Can Faraday Future take the crown in 2017? It's pretty doubtful.

..but we are sure they would be happy to match the results of Honda from last year.

The Japanese company entered its Acura EV Concept into the race, and finished 3rd, noting a time of 9:06.015; a result which mostly just made us sad the company wasn't intending to put the supercar into production. A race-ready Tesla Model S also set a new production electric car record at 11:48.

Of note:  Also check out the FF91 launching at Pikes Peak during practice days and an earlier "tire test" run (video below)

Provided it can puts its financial woes behind it, Faraday Future hopes to start deliveries of the FF 91 in late 2018.

If interested in watching the event live, a live broadcast kicks off on Sunday, June 25 at 7:30 MDT. Watch it here.