BMW In The Midst Of An Electric Assault By Tesla 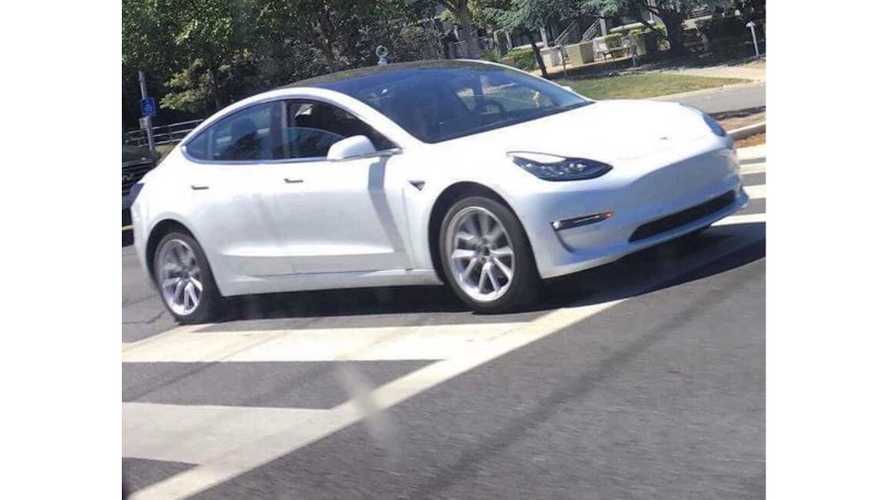 “BMW is using a picture of me to scare their executives into taking electric vehicles seriously. I’m not kidding,” Tesla's Elon Musk said in a recent interview. “It’s sort of a backhanded compliment.” Indeed.

And no — Musk isn't exaggerating. Automotive News reported, "at an abandoned airfield near Munich, rows of men and women gaze at images flashing by on a giant screen... the face of Elon Musk. 'We're in the midst of an electric assault,' the presenter intones as the Tesla chief's photo pops up."

After Tesla pulled ahead of BMW in market valuation, Fred Lambert at Electrek mused, "it’s clear that Tesla investors are looking ahead of current deliveries and at Tesla’s ambition to ramp up significantly over the next few years to reach an annual production of 1 million cars in 2020. Despite Tesla’s current small size, maybe BMW should worry. Facebook millionaire turned venture capitalist Chamath Palihapitiya recently suggested that the Model 3 is already stealing sales from the 3-Series even before they start deliveries."

It's common knowledge that the Model S has taken over the premium sedan segment, but, is it possible the Model 3 is already having an impact on BMW's sales as Palihapitiya forecasted? It's premature to jump to any conclusions, but after reviewing BMW's North American sales figures for May (see below), CleanTechnica's Zach Shahan notes: "Perhaps I’m missing some useful context here, but if BMW doesn’t have a solid explanation for this massive drop in sales… I have a feeling Tesla does."

Shahan elaborates: "BMW is perhaps the automaker most under threat from Tesla... The question on the broad car market — in the 'lower-end' premium sedan class — is how the Tesla Model 3 will perform against the high-selling BMW 2 Series, 3 Series, and 4 Series in consumer eyes (and in their buying/leasing decisions). Also, does the Model 3 compete against the BMW 5 Series as well, and if so, how well? Furthermore, one would assume the Model 3 is competing with the BMW i3, right? Will the i3 get wiped off the sales sheet, or will it maintain its appeal for certain reasons?" Check out some comparisons below.

Regardless, BMW appears woefully behind-the-times with its half-hearted EV line-up. Diesel cars account for a whopping 71% of BMW’s total sales in Europe according to Bloomberg. And it's reported that even "BMW AG’s hometown of Munich is considering outlawing older diesel cars, the latest European city to crack down amid mounting evidence that the technology’s not that clean after all." In response to Munich's proposal to outlaw diesel cars, BMW spokesman Glenn Schmidt said, "There are better, more intelligent measures like incentives for car sharing and electric mobility that would lead to a sustainable improvement."

Meanwhile, BMW drags its feet. Jalopnik reported that, "BMW’s i division seems to have been going through an existential crisis... it has only offered two models to consumers, the i3 hatchback and the i8 supercar. So you’d think the next plug-in hybrid, the much-rumored i5, would be right on the horizon. Apparently not... the i5 has now been canceled." Not surprising — last year reports emerged that "senior executives are unwilling to plough more resources into electric cars until i3 sales improve and there is a clearer business case for such investment."