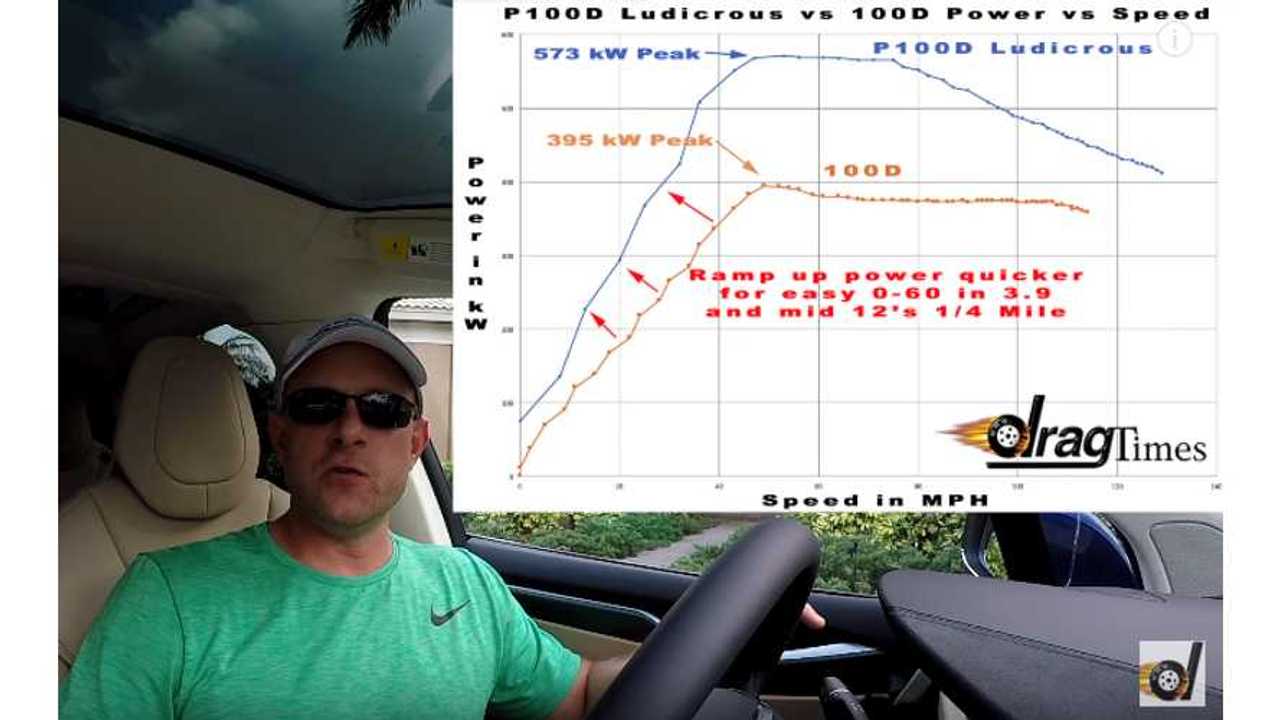 DragTimes, after all those Ludicrous acceleration tests with the Tesla S and X, traded its Model X P90DL in for a... 100D.

"It may sound crazy but it's true, no April Fools, we traded our loaded Tesla Model X P90D Ludicrous for a loaded Model X 100D. Find out why and also check out our performance testing of Tesla's Latest Model X 100D with the most range!"

Ludicrous acceleration apparently isn't as much of a priority these days, at least not for the $37,000 price difference found between the base 100D and P100DL (plus 6% tax in Florida). That's enough to buy a Model 3.

DragTimes notes some features are missing in the 100D, like ventilated seats and the headliner, while others are downgrades( the rear spoiler is stationary, no red brake callipers, etc.)

1/4 mile testing shows 13.185 seconds @ around 108 mph. Overall DragTimes feels that the X 100D is much more capable of (like 4 seconds and 12 seconds respectively), but perhaps Tesla holds performance back by software to 'incentivize" customers into the more expensive P100DL.