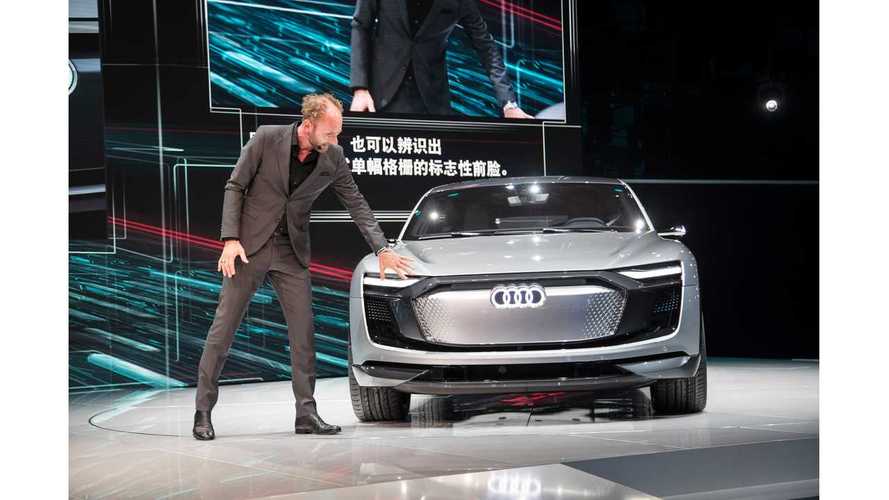 Dr. Peter Mertens, who is fresh face on Audi AG's Board of Management serving as R&D Technical Development boss (since May 2017), wasted no time in disclosing some interesting information on battery costs while being interviewed with the German magazine auto motor und sport.

The Audi exec was asked if it was a good idea to start out out by first introducing a powerful, heavy all-electric SUV, to which Mertens responded (from German):

"We opted for a top-down strategy, because most buyers will be found there today in this segment.  Currently, a kilowatt hour costs about 100 euros ($112 USD) depending on the model."

While we have heard several automakers note that the "going forward" battery pricing their plug-in vehicle is rapidly coming down, this is probably the lowest claim directly referencing the $ per kWh cost today.

If accurate, it bodes well for EV adoption in the near future, as we should see several long range options that are relatively inexpensive as OEMs begin to pit their offerings against each other.

Still, Mertens finds the price needs to be even lower to achieve high sales in smaller offerings.

"Only when we come well below that price, will E-mobility in volume segments be interesting."

Audi intends to introduce the all-electric e-tron next year, and has already starting taking deposits on the ~300 mile SUV.  The e-tron Sportback will follow in 2019.  Both will have 95 kWh batteries - which apparent cost Audi around 9500 € ($10,600 USD).