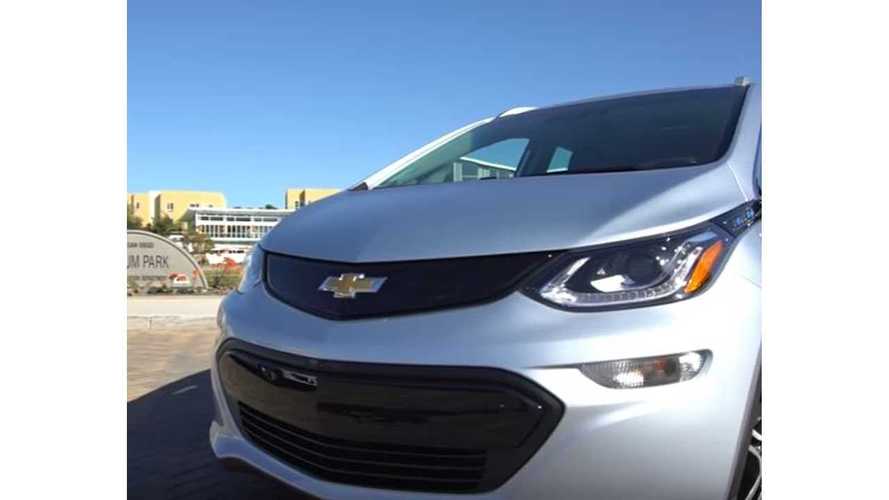 A couple weeks ago, we announced that the first allotment of Chevrolet Bolts for South Korea had sold out in just a couple of hours.

Now we've learned that the Bolt is sold out for all of 2017 in South Korea.

The Bolt was unveiled to the South Korean public at the recent (March 31) Seoul Motor Show. Before even seeing it in person though, the electric car had sold out.

"General Motors Korea began taking Bolt orders on March 17 for an initial allotment of 400 vehicles. Those cars sold out in less than two hours, and by the end of the day, GM had received nearly 2,000 orders."

General Motors Korea CEO James Kim went on record stating that the Bolt is now sold out for 2017:

"It completely sold out. Next year, we will make an effort to prepare more Bolt EVs."

It's not often that a non-Korean car fares well in terms of sales in South Korea, but the Bolt was co-developed with LG Chem, Korea's leading battery manufacturer, so surely that has something to do with the Bolt's success. The Bolt was designed in South Korea too.

"People are drawn to things that are on the forefront of technology. The IT infrastructure is extremely strong here. It sort of lends itself to a technical car as well. I think that can help move this from those early adopters to mass ownership."

"I don't know if I'd position it as a homecoming, because we worked so closely from the beginning, both in the United States and Korea. We've been together on this thing from the get-go."

Pricing for the Bolt in South Korea starts at 47.79 million won (US $42,254). But various local and national incentives can drive down that price to as low as 22 million won or approximately $20,000.