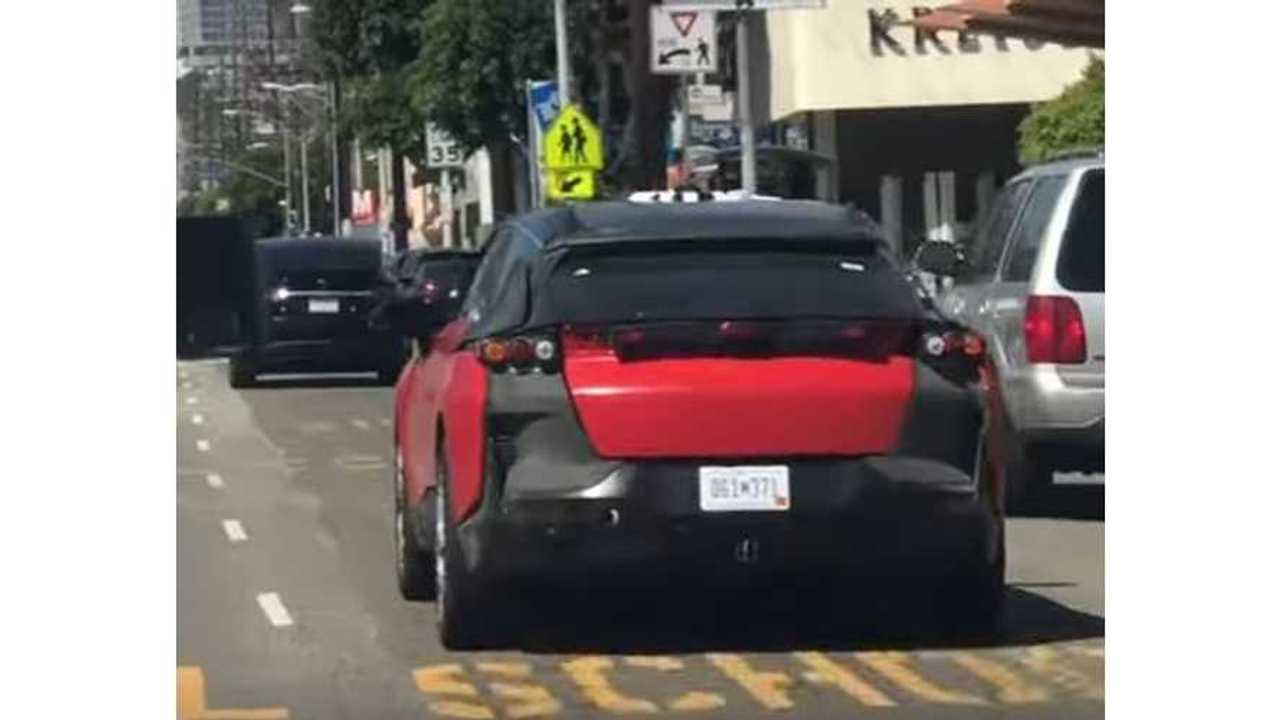 A camouflaged Faraday Future FF91 prototype was spotted on public roads in West Hollywood recently and it was seen following closely behind a Tesla Model X.

The video above shows that both the FF91 and Model X are outfitted with a unique suite of sensors for self-driving.

We're not entirely sure why Faraday is using a Model X for testing purposes, but it seems both vehicles have at least some of the sensors FF had mentioned awhile back:

“FF 91 will be the first production vehicle to feature retractable 3D lidar, a critical component to FF’s multi-layer redundancy features for autonomous driving.

Lidar is part of a complex sensor system including 10 high definition cameras, 13 long and short range radars and 12 ultrasonic sensors."

Though testing may be underway, there's no factory yet for Faraday to build its vehicles; in fact just yesterday we reported on the fact that all there is some flat, well-manicured dirt at the company's North Las Vegas site.

Factory construction is far behind schedule; it has now been 16 months since the company 'unleashed the Bobcats', thus announcing the start of the build, and financial issues have been numerous for the startup automaker. It remains to be seen if FF can overcome its struggles and bring to life an actual vehicle for us to buy.