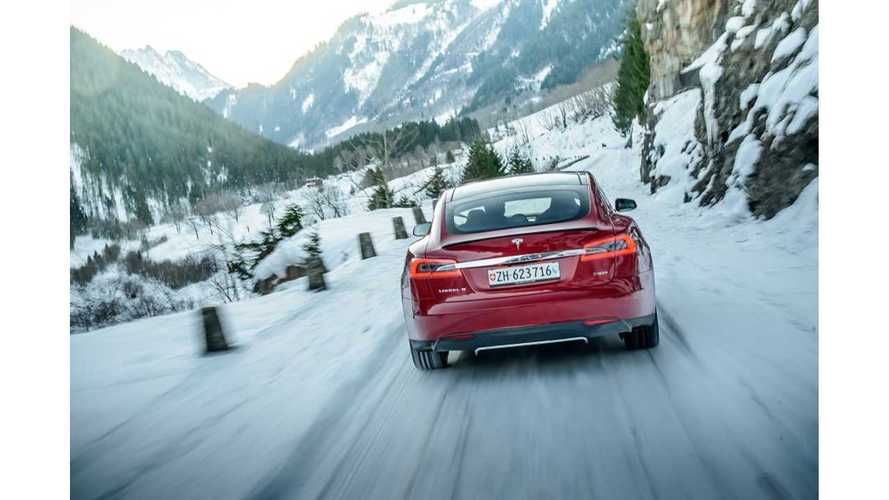 Initial Tesla Model 3s will only be offered in rear-wheel-drive form, but that should be fine for snow still, says CEO Musk.

According to Tesla CEO Elon Musk, the Model 3, even with just rear-wheel-drive, performs admirably in the snow, if fitted with proper tires.

The first Tesla Model 3 deliveries will commence next month, but all-wheel-drive won't be available until a later date (potentially by the end of the year). Musk doesn't think the lack of AWD will be much of an issue for those who live in snowy regions though. According to Musk, if fitted with the proper tires, a RWD electric car offers "really good" snow performance due to the precise level of traction control afforded by the electric setup.

Basically, Musk is saying don't wait for the AWD 3. The RWD version will suffice. A statement that's probably true unless you reside in a frequent heavy snow area.

We've yet to see a Model 3 being tested in the snow and likely won't before its release. The deciding factor for some may be the cost to move up to AWD. For a couple thousands bucks, most will probably make the jump. But if AWD is packaged in with lots of other options that bring the tab up considerably, then RWD may be the way to go.

We should find out some of this information sometime next month when the Model 3 configurator goes live.