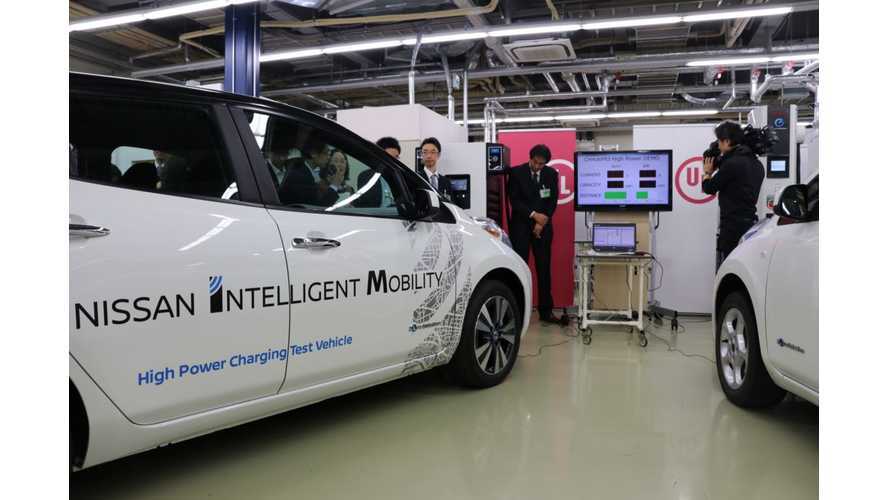 The CHAdeMO Association demonstrated at Ise City in Japan’s Mie prefecture, its new High Power Charging technology that will be available through the revised CHAdeMO standard (ver. 1.2), that was formally announced on March 24th, 2017.

The key upgrade of CHAdeMO is officially increasing the maximum current from 125 A to 400 A, which likewise increases the power around three times, from a typical 50 kW setup to 150 kW.

At the same time CHAdeMO's V2X capability was also hinted at.

The demonstration report is found here.