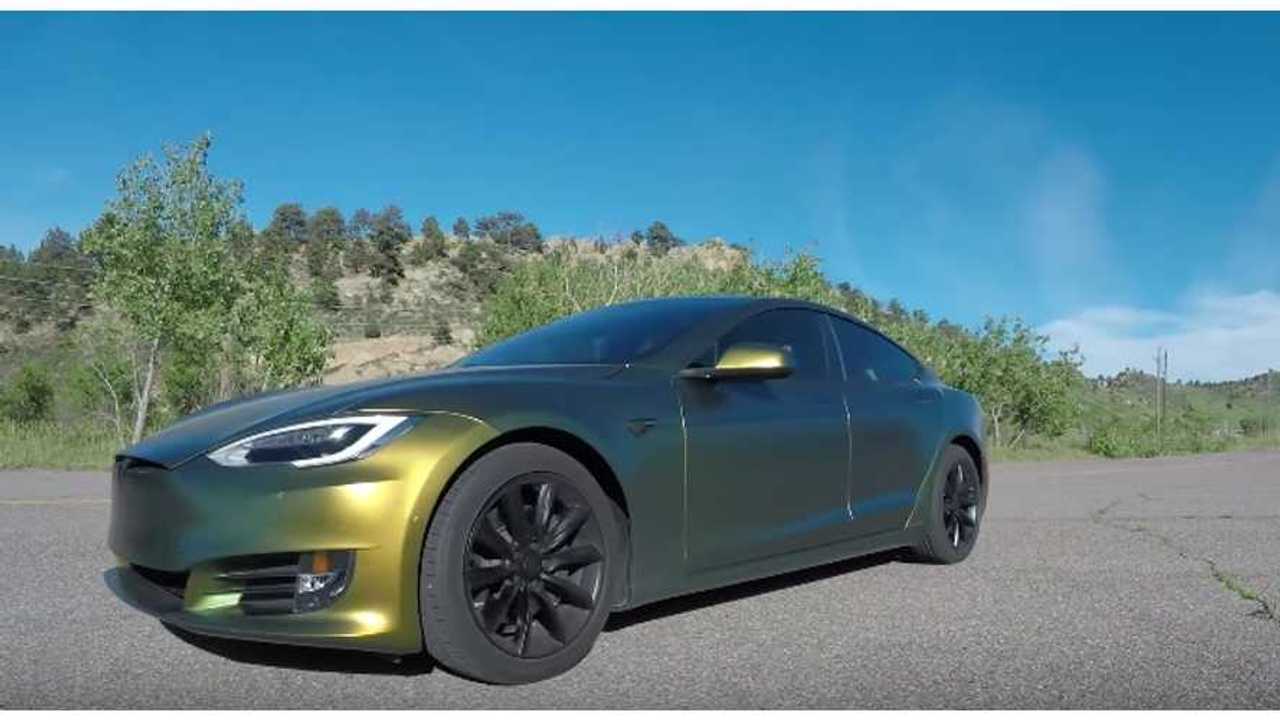 In one of the latest videos put out by DÆrik, the top speed of its Tesla Model S 100D is tested ... in reverse (from the 4:10 mark of the clip); which at least in theory, could be very high.

Even Nissan once demonstrated the LEAF operating in reverse at higher speeds on the track at the 2012 Goodwood Festival of Speed.

In case of Tesla, it seems that software limits the powertrain output, so the top speed in the first try was 15 mph (24 km/h).

Making use of the opportunity, DÆrik tested also acceleration at 40% state-of-charge...in forward, for the 100D (notes slight incline):