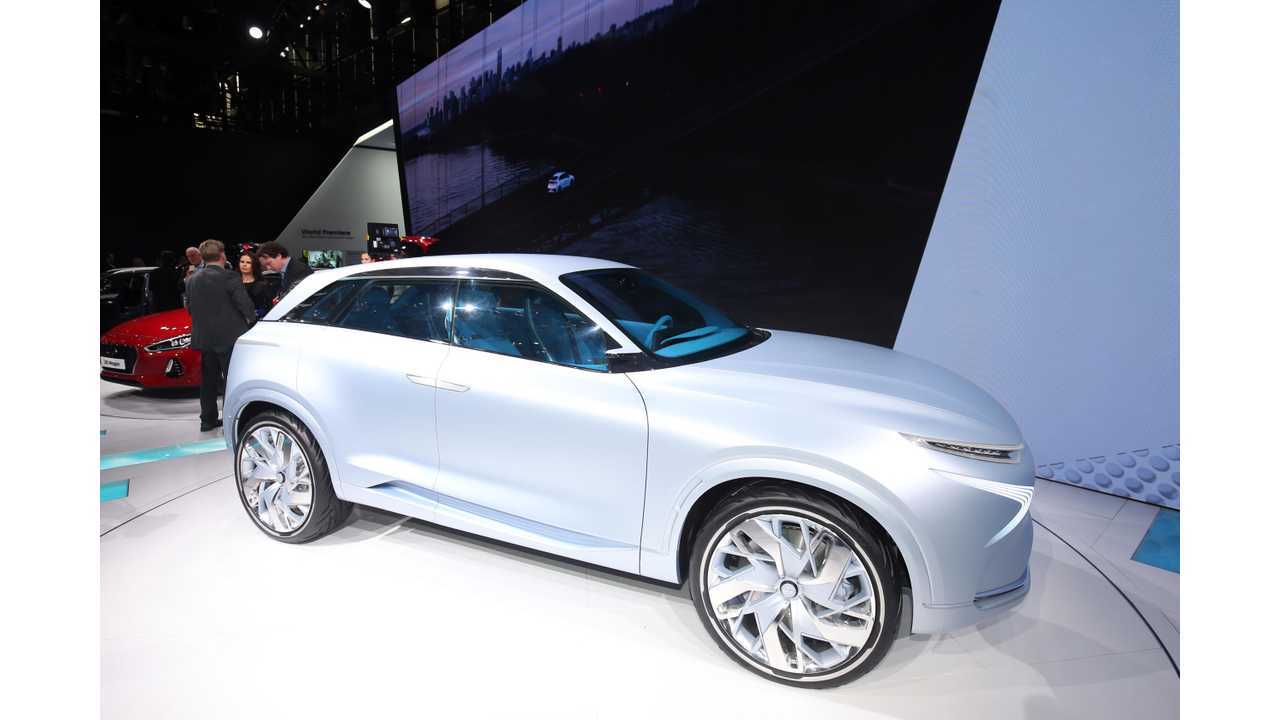 Hyundai often reminds us in its various promotion materials that the ix35 Fuel Cell, which was introduced in 2013, is the first mass-produced hydrogen fuel cell car on the market (27 were sold in 2013).

However, we are not convinced about the "mass-market" aspect, as according to the BusinessKorea, there was only 666 sold in the first four years of its availability (2013-2016). Some 128 of that total have been registered in South Korea as of May, 2017.

Helping it get to these goals, the Korean manufacturer intends to begin production of its new FE Fuel Cell model in February of next year. The concept was shown at the Geneva Motor Show in March.