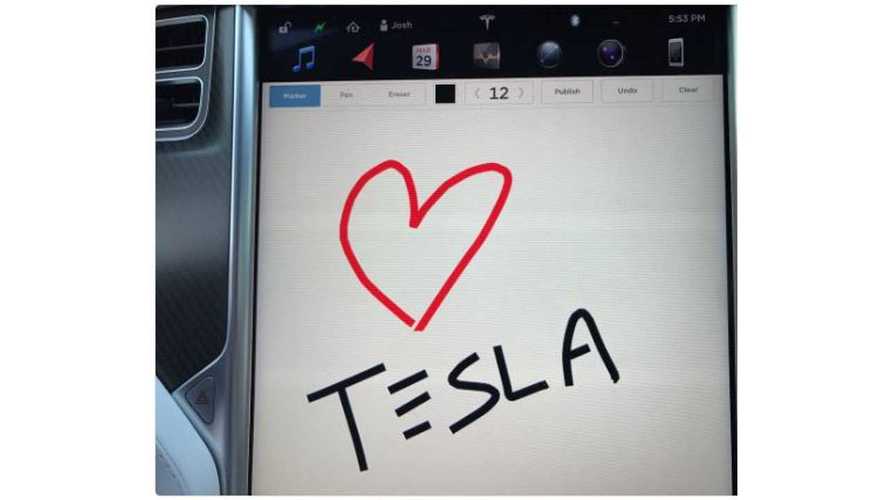 Tesla's latest software update includes a new Easter Egg, which is easily accessed by tapping the "T" on the central screen three times.

Three taps activates a sketch pad on the center screen in the Model S and Model X.

Rather than waiting for Tesla owners to find the Easter Egg, Tesla CEO Elon Musk took to Twitter to explain the procedure:

Tesla owners asked if there was a method for saving and/or sending the sketches created on the pad, but the answer was unclear. Apparently, once created, a prompt comes with two options. The prompt reads:

Are you sure you want tesla to critique your artistic masterpiece?

No, the world isn't ready for my art.

Yes, I am an artist!

Choose wisely, as apparently the sketches get sent off to Tesla in some form and somehow Musk and team are alerted of the incoming artwork.