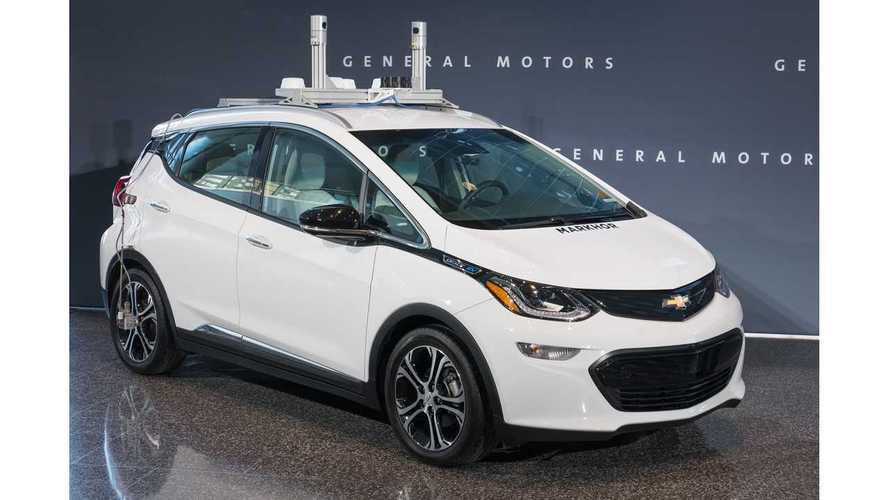 As we have reported before, Chevrolet Bolt EVs, with Cruise Autonomation self-driving technology, have taken to the streets in California, among other locations.

Whenever someone is alerted of a crash with any of these new self-driving vehicles, the news comes out pretty quick. Google was one of the first to have an autonomous car involved in a minor fender bender, followed by Tesla's tragic Autopilot fatality (which the NHTSA later found was not the fault of the automaker's technology). Recently, Uber also had a self-driving vehicle involved in a major accident.

In the grand scheme of things, there have been very few incidents, especially when considering the multitude of collisions that occur on our roadways nearly constantly.

It was only a matter of time before we would get news of a self-driving Chevrolet Bolt joining the above list. But, this incident didn't play out as one might expect.

California's DMV records show that an automated Bolt was in a traffic accident in San Francisco. The Bolt slowed at a yellow light, allowed pedestrians to cross, and then a Toyota Highlander came to a stop behind the Bolt. However, a Subaru rear-ended the Highlander, subsequently pushing it into the back of the Chevrolet Bolt. The Highlander was hit hard enough that its airbags deployed, so there was probably not much the Bolt, or the Bolt's driver could do to avoid the unforeseen chain reaction.

Aside from this incident, which was surely not caused by the Bolt's technology, we have only seen positive reports and videos touting the Bolt's success. This collision actually speaks to the accelerated adoption of autonomous vehicles, or at least the importance of automatic emergency braking. Had the Subaru been equipped with such a feature, there would not have likely been an accident.