SEAT Electric Mii In 2019, Electric Leon Plus Another EV Likely To Follow 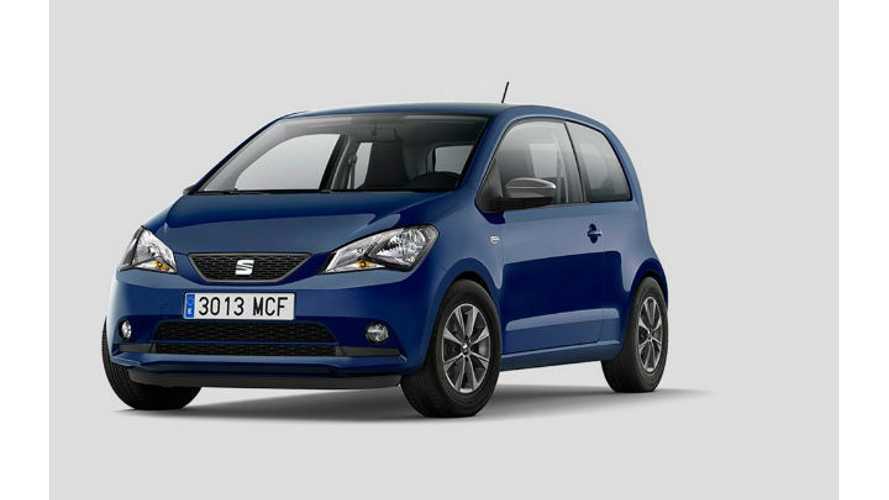 SEAT Mii Electric Concept as shown at the Mobile World Congress 2017 in Barcelona (Image Credit: flickr via All AutoExperts)

SEAT unveiled its fully-electric Mii concept at the Mobile World Congress in Barcelona, and now the company has committed to making it a reality.

The Seat Mii electric city car will launch in 2019.

SEAT chief Luca de Meo didn't say outright that the upcoming vehicle will officially be the Mii city car, however, he did suggest that that will be the case. Meo didn't deny the reality, and he added that the model would be an electric version and:

"It makes sense for the city."

On top of this, the brand has also hinted that an electric SEAT Leon would follow shortly thereafter. This is not a surprise, since the company has already shown the Leon in the form of a hybrid-electric prototype.

In 2016, the e-Mii concept was revealed, and it may offer some idea of what the company is considering. It shares components with the Volkswagen e-Up, which relies on an electric motor for its 81 bhp and 155 pound-feet of torque. The e-Up has a range of 99 miles.

Again, the Leon wasn't officially stated by SEAT, but Meo said that it will be something "Leon-sized." So, likely a bigger hatchback, like the one that premiered with the IBE concept. The Leon would be smart to share components with the VW e-Golf. The current e-Golf churns out 134 bhp and 214 pound-feet of torque, and utilizes a 35.8 kWh lithium-ion battery pack.

SEAT doesn't plan to stop with these two models, however. Sometime prior to 2020, shortly after the Mii and the Leon, the automaker will venture forth with another offering. Perhaps an SUV, sports car, or convertible apparently. An SUV like the VW T-Roc is a possibility, and the most realistic option according to Meo. He revealed that an electric crossover is a consideration. The gasoline-powered SEAT Arona compact crossover is due in December. Meo said of an electric offering:

“We’ll know more after the Arona unveiling in the summer.”