With Electric Vehicle Only Approach Looming, Some Smart Dealers Might End Sales 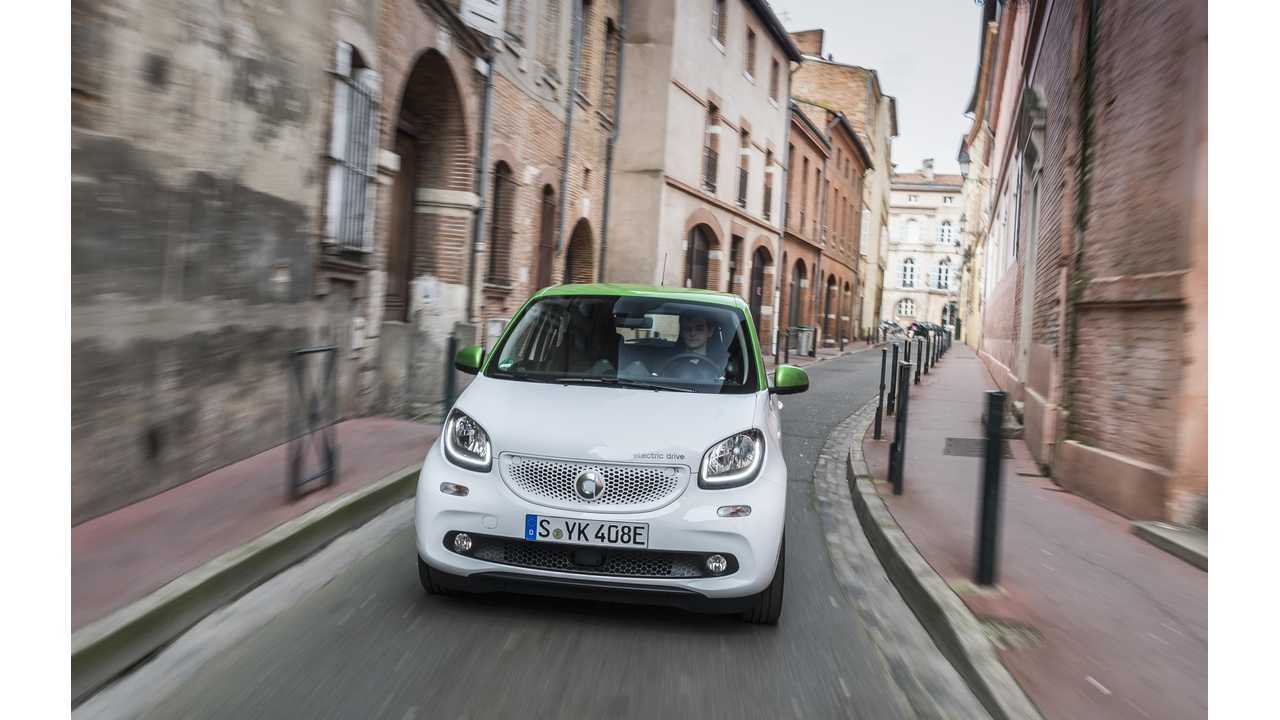 Now that Daimler will only be selling the smart fortwo in its electric configuration in North America, dealers will have to decide if it makes sense to continue sales.

Once September rolls around, Daimler will no longer provide U.S. and Canadian dealerships with any gas-powered smart cars. Dealerships will have until the end of June to make a decision. Daimler will need to be made aware if the dealers are to continue selling the brand, or become service-only dealers. Mercedes-Benz Dealer Board chairman and owner of two smart dealerships in Texas shared (via Automotive News):

"Electric smart vehicles make sense in certain markets, but don't make as much sense in other markets. So it might make some sense for some dealers to become service-only dealers."

EVs don't sell in Texas like they do in California. Schnitzer continued:

"Drive times and range can make a big difference — it's not like being in downtown San Francisco."

Smart was initially successful with its fortwo two-seat city car. Keep in mind that this was at a time when gas prices were high and consumers considered fuel efficiency a top priority. The times have changed, gas prices are low, and two-seat city cars are out of style. Penske Automotive Group executive vice president, Tony Pordon said:

"Smart had a polarizing brand — it was a niche product, and it attracted a certain customer. They wanted to grow up with the brand. We did a lot of good things to bring the product to marketplace, but it needed another car. It needed more models."

Added to this, the ForTwo ED costs about $10,000 more than its gas counterpart. Sure, with the federal rebate the cost becomes more similar, but buyers still have to finance the sticker price up front. This results in an unreasonably high payment for a tiny vehicle that is impractical in many markets. Mercedes-Benz USA CEO Dietmar Exler admitted (via Automotive News):

"It might not make sense for some of the dealers, depending on where they are in the country, to continue. That's something we're discussing with our dealers. But for electric-important markets, I have not had one conversation with a dealer who would not want to continue."

The competition in the segment is growing, and analysts have a hard time believing that the micro two-seater will find much success with the new electric-only approach. IHS Automotive predicts much growth for EVs overall, but company analyst Stephanie Brinley only sees smart selling about 1,500 units by 2020:

"They're definitely going to take a notable hit, but it's part of larger strategy and a decision to go a bit different with it. Mercedes has been dedicated to keeping smart in the United States for a decade. They haven't lit the world on fire with this car yet."

Though smart insists that -- at least in densely urban areas -- sales could grow. This may prove even more true where local incentives supplement the federal rebate, bringing the price down even further. Annette Winkler, smart's global boss said:

"Smart can grow — it can grow in the smart cities we are focusing on."