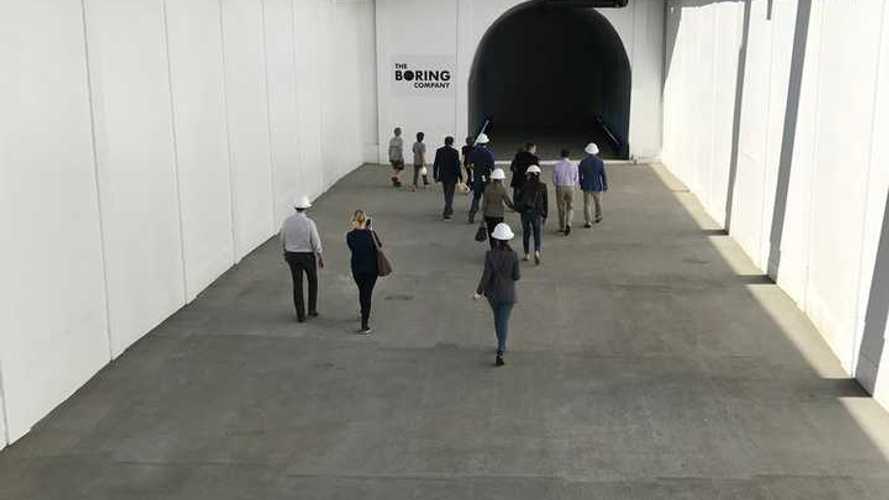 Despite much skepticism and negativity, Tesla CEO Elon Musk Tweeted that Los Angeles may be on board with the Boring Company tunneling pursuits.

Interestingly, the Los Angeles Journal recently Tweeted that Los Angeles' city officials were not “digging Elon Musk’s plan for underground tunnels to L.A.”, On the contrary, Los Angeles' Mayor Eric Garcetti made mention of Elon Musk and the Boring Company concept on a recent interview on ABC., and the city of Hawthorne, California has already approved Musk's tunneling venture.

is yet another (perhaps more viable) idea the Tesla CEO Elon Musk has put into motion.

It seems that Garcetti may not be seeing the reality of electric cars on sleds (which is what most critics are doubting), but an underground network of tunnels in other capacities may be workable. If people had the ability to travel underground, via shuttles, cars, bikes, or even on foot, it surely couldn't hurt the transportation situation around L.A.

The most important part at this point is that Mayor Garcetti is open to the prospects. As we explained before, the initial Boring Company concept, as shown in Musk's original video, may not come to fruition as "advertised" ... but it's simply that ... a concept. Tunneling faster and more efficiently, reducing the carbon footprint, and throwing around ideas to establish viable future transportation possibilities is something that any reasonable city leader should welcome.