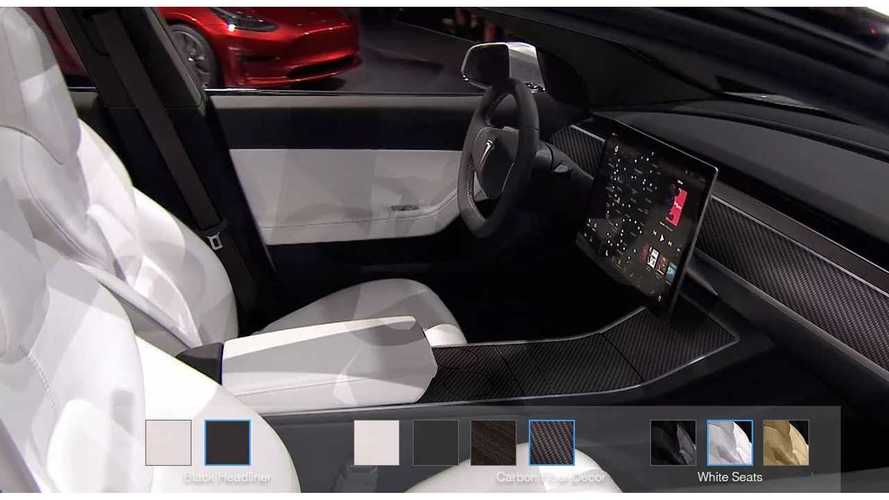 You can have it in any color you choose, as long as it's black.

Elon Musk recently made it known that the Tesla Model 3 will initially be offered with only a few choices.

Those choices were wheels and exterior color.

Well, we've now learned via a reliable source that Musk was indeed telling us the truth.

"First, the source has indeed confirmed that the initial Model 3 configurator choices are colour and wheels. No details on what those consist of but we can assume the 5 colours we've seen so far and the 2-3 wheel styles. Those choices are slated to be in place for about "3 months" while production is ramped up."

"Secondly, the interior colour is to be black only during the initial phase. The wood trim found on the dash is real wood but species is unknown. The alcantara liner in the door panels is indeed making it to production. Was told the interior is very good, people are going to be happy with it. Think: fixing Model S deficiencies like door pockets, cup holder placements, arm rests, storage etc..."

If you were yearning for a different interior color, then you'll have to either settle for black or wait at least a few months it seems.

This simplified initial offering should make it easy for Tesla to get lots of 3s delivered as timely as possible, though these early 3s will certainly lack differentiating features.