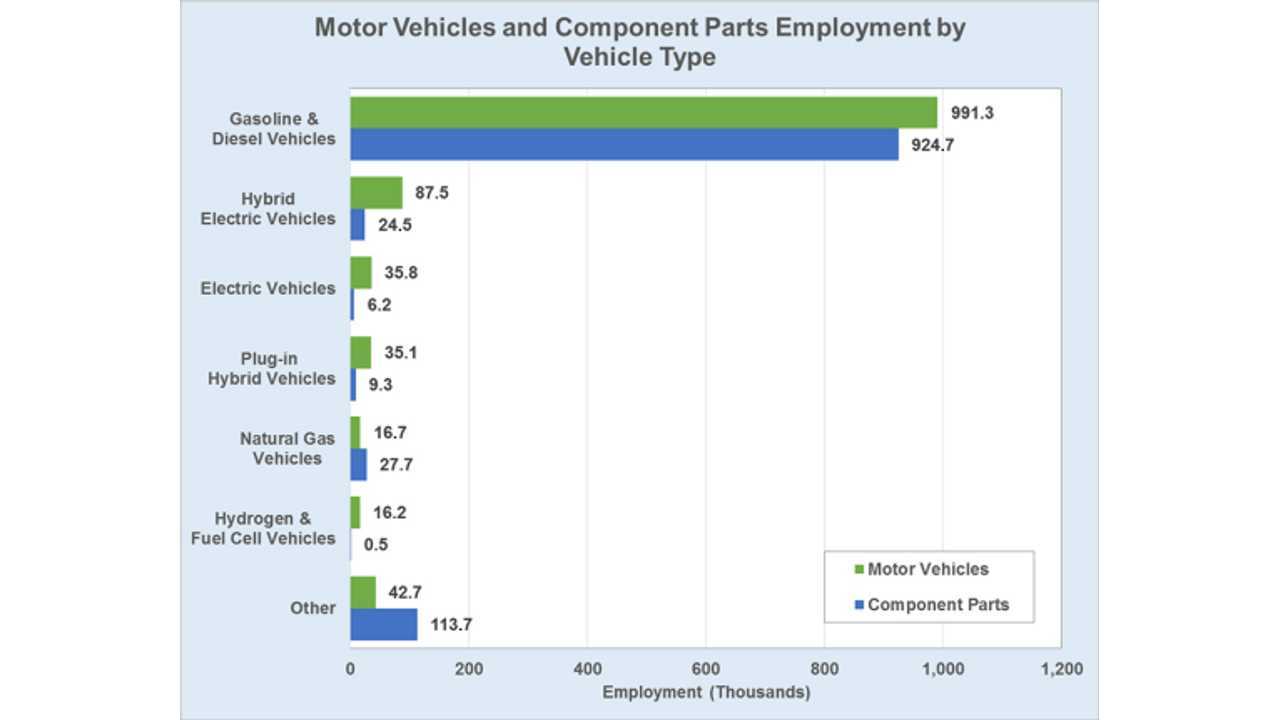 Automotive Employment based on "fuel" type

Remember when the Alliance of Automobile manufacturers argued that the Environmental Protection Agency's stringent emissions regulations would directly lead to a loss of U.S. jobs?

Well, according the the U.S. Department of Energy (DOE), the opposite case is true ... as we already figured.

Being that President Trump and his administration are all about U.S. job creation, this is welcome news for the segment.

Today, electric vehicles comprise less than one percent of the global automotive market share. However, according to the DOE, a whopping 11 percent of all automotive-related jobs in the U.S. are focused on alternative fuel and advanced technology vehicles. This research applies to jobs supporting the vehicles themselves, as well as jobs related to component parts.

So, for practical purposes, one could say that alternative "fuel" vehicles are creating jobs at an alarming rate. Traditional ICE automakers would not take to kindly to this new information.

During the first quarter of 2016, about 2.3 million nationwide jobs credit the auto industry as their primary source of responsibility. Of these jobs, 82 percent were directly related to ICE vehicles, and 7 percent were earmarked as "other." The remaining 11 percent were comprised of a combination of hybrid, electric, alternative fuel, and hydrogen fuel cell vehicles.

As anticipated, jobs related to EVs and plug-ins exceed that of hydrogen vehicles by more than double. This may not have been as true a few years back, but the trend shows that hydrogen vehicles did not catch on as some had expected. As you can see from the graphic, there are comparatively almost no current jobs related to hydrogen vehicle component parts. Traditional hybrids are still ahead of EVs in terms of current jobs, but recent automaker offerings show that this is in the process of transitioning.