Vattenfall Will Purchase Up To 1,000 BMW i3 Batteries For Energy Storage Projects 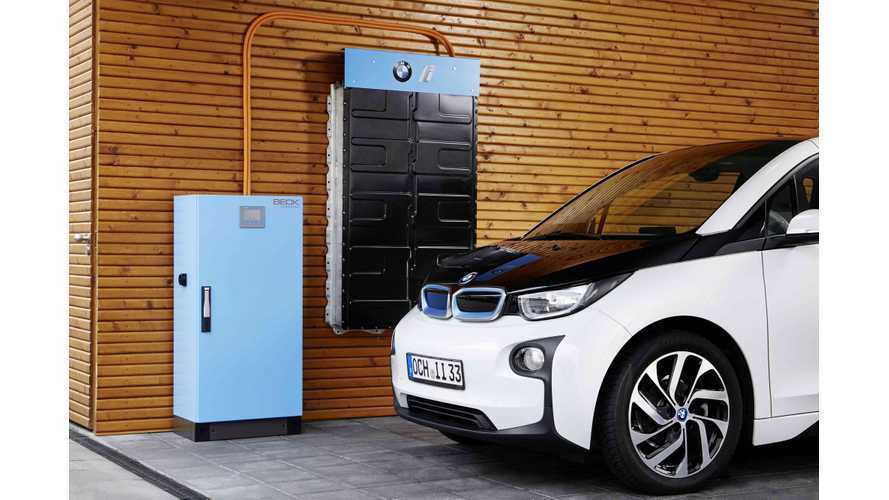 Vattenfall intends to use batteries produced by BMW in its upcoming energy storage systems.

The batteries will be purchased new, directly from BMW's plant in Dingolfing (earlier Vattenfall and BMW also explored second-life projects).

Vattenfall is gearing up for various ESS projects. For example in the Netherlands a 3.2 MW system is planned, while in South Wales, a fairly massive 22 MW operation.

"Vattenfall and the BMW Group have signed a contract for the delivery of up to 1,000 lithium-ion batteries this year. The batteries with a capacity of 33 kilowatt hours (kWh) each are equipped with a BMW-owned battery management system and are also used by the car manufacturer in the BMW i3

Vattenfall will purchase the new batteries from the BMW plant in Dingolfing and use them in all storage projects."

"Energy storage and grid stability are the major topics of the new energy world. We want to use the sites where we generate electricity from renewable energies in order to drive the transformation to a new energy system and to facilitate the integration of renewable energies into the energy system with the storage facilities. The decoupling of production and consumption and the coupling of different consumption sectors are in the focus of our work."

BMW i3 battery: New or used, it is ready to be put to use for energy storage

"We are pleased that we have found a supplier in BMW, who meets our high safety requirements with the use of the batteries with reliably good quality from German series production".

"The first energy storage from the BMW-i3 batteries is being built at the 122 MW onshore wind farm "Princess Alexia" near Amsterdam. With a capacity of 3.2 megawatts (MW), it is Vattenfall's first large storage project in the Netherlands.

Pending on a final investment decision the largest battery storage will be built at the Vattenfall wind farm Pen y Cymoedd (230 MW) in South Wales - a 22-megawatt storage facility, which will help to support the stability of the country-wide power grid in the UK as part of the so-called EFR (Enhanced Frequency Response) service.

As part of the project "Norddeutsche Energiewende NEW 4.0", Vattenfall, together with the Hamburg University of Applied Sciences (HAW) and the company Nordex, will implement a large battery storage at the future wind farm in Hamburg-Bergedorf. This is a so-called storage control unit made of batteries. It is meant to maintain the security of supply with a feed-in of 100 percent renewable energy. In addition, the battery storage contributes to the improvement of the network quality and the more efficient use of the existing network structure. Other possible applications would be electricity storage in private households. Energy storage solutions are an important part of Vattenfall’s strive to power climate smarter living."